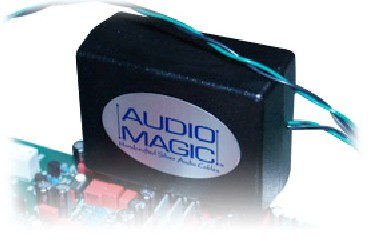 JH: The Audio-Magic Stealth series of line conditioners have carved out a cozy niche in the ultra-competitive power conditioner market. A key component to the Stealth conditioners is the pulse generator and the activator modules. These units emit an RF and an EMI canceling signal that effectively deals with these issues without being in direct contact with the current flow. Jerry Ramsey has developed a new application for these modules. The Pulse Gen ZX is a black box that contains both of these noise-canceling circuits. These modules are designed to be installed in any audio component, and work their magic right at the board level of a component.

I should state that I am not a fan of tweaks. I view all of these audio widgets with a great deal of skepticism. When I reviewed the Audio-Magic Mini Reference power conditioner last May, I wasn’t convinced that the pulse generator and the activator modules were responsible for its excellent performance. At that time, I felt that the wiring and the IPF circuit were the primary reasons the great sound of the Mini-Reference. When Jerry told me of this new application for the pulse generator, I decided to be open-minded and give it a shot. I installed the Gen ZX module inside the chassis of my Audio Magic Kukama DAC.

Thirty seconds into the first song, I knew that Jerry was onto something here. The first track I played was “Trans-Island Skyway” [Kamakiriad; Reprise 9 45230-2] by Donald Fagen. The bass performance of my system had become transformed with this module installed in my DAC. Bass extension increased dramatically, and became surprisingly deep and powerful. The clarity of the bass line also underwent a significant improvement. The combination of these improvements literally transformed the nature of my system. [1] Just this single improvement makes the Pulse GEN ZX module worth every penny of its asking price.

The Pulse GEN ZX module lowers the noise floor of the component it is installed in. This module will effectively deal with the spurious noises that are inherent in a power supply. This is especially effective upgrade for components with onboard power supplies. “Six Blade Knife” by Dire Straits [Dire Straits; Warner Bros 9-47769-2] is a song I use to discern a components ability to present low-level detail. This song has a steel string acoustic guitar located on the right hand side of the soundstage that is often obscured by a high noise floor. With the Pulse GEN ZX module installed in my DAC, this time the guitar was heard clearly in the song. The drumbeats also had an improved texture, and a realistic decay pattern to each note. The Audio Magic Kukama DAC is a reference level component; the addition of thpulse module just adds another level of refinement to an already superb unit.

There have been some unexpected surprises with the Audio Magic module. While the vast majority of my CD library showed significant improvement when played through the modified DAC, there were a few exceptions. “Jacks Crows” from John Gorka [Jacks Crows; High Street Records 72902 10309-2] lost a significant portion of its high frequency detail.[2] This disc has a dark sounding presentation, and the Pulse Gen ZX module pushes it farther into that realm. “Temptation” by Holly Cole [Temptation; Metro Blue 3165322] is another disc that had an unforeseen change when played through the enhanced Kukama. This recording has a prominent bass line, which may be enjoyable to listen to even though it’s technically inaccurate. With the Audio Magic module in the DAC, the bass became overpowering on this disc. The solution was to lower the output level on my Audio Pro Avantek subwoofer. When an audio system goes through an upgrade, not every disc in an audio enthusiast’s library will benefit from the change. In my case, I have only encountered a handful of discs that did not show a marked improvement when played through the Pulse GEN ZX enhanced digital front end.

The Pulse Gen ZX module is an unusual product that offers an innovative solution to power conditioning issues. Jerry Ramsey has developed a device that is able to eliminate the effects of RF and EMI at the final stage of audio reproduction; which is something a conventional power conditioner cannot accomplish. The Audio Magic module will work in any component that is susceptible to the effects of radiated noise, and the benefits of the modules are cumulative. A person can have the Pulse Gen ZX module in a CD player, DAC, pre-amplifier, or even a power amplifier. Any audio enthusiast with rudimentary soldering skills can safely install these modules into their system. I appreciate the effects of this little black box. It made a noticeable improvement to the sound quality of my system.

MM: Over the years I’ve tried several tweaks, sticking with the low and no cost ones. The most expensive was the Totem Beaks, which I’d use regularly if I wasn’t swapping speakers for reviews all the time, as the cones do offer a small improvement. The best tweak I ever used outside of proper speaker positioning was filling my speaker stands with sand. Hell, my wife even noticed a difference after that effort.

Therefore, when the small box containing the Pulse Gen ZX arrived I wasn’t expecting much. The unit isn’t much bigger than a piece of gourmet Swiss chocolate with two wires. To make things easy I attached alligator clips to the wire ends. To be on the safe side I did my first tests with my secondary cdp, the Onix CD-88. But before doing so, I listened to the cdp for a couple of hours making sure to have a solid focus on it’s auditory abilities. I also took decibel measurements with my Stereophile disc of several frequencies, carefully measuring both the number and needle steadiness. 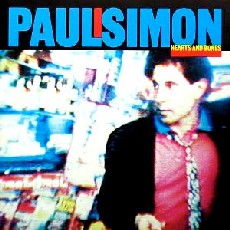 After I quickly attached the clips to the +/-solder points near the power cord receptacle I powered back up the cdp and began listening again to Paul Simon’s Hearts and Bones cd. My ears were detecting an improved high frequency output in smoothness. Bass output was tighter during various tracks of Donald Fagan’s Morph The Cat. After those two cds, I pulled out the meter reader and the test disc and re-measured. No change in the meter level, but the needle was steadier. I repeated this process over several days and eventually using my modified Jolida cdp. The measurements stayed consistent.

It is my humble opinion that the AudioMagic Pulse Gen ZX does assist the electrical current in a manner that stabilizes the flow of electricity, thus allowing more consistent output of music. My tests should not be considered pure science by any stretch, but the decibel meter does offer some insight and assists in my auditory perceptions. Therefore, if you are an audio fan with concerns about current flow and what it does to the audio signal, the Pulse Gen ZX is a unit you should most definitely investigate for yourself.

TA: The Audio Magic Pulse Gen ZX is an active RFI/EMF eliminator that is contained inside a small plastic box and is designed to be connected via its green and black wires to the to the hot and neutral inside a system component. The black lead connects to the hot and the green to the neutral. It is designed to be small enough to fit inside a system components enclosure. I decided to attach the Pulse Gen ZX to my Denon DCD 370 CD player, which could use the sonic improvement touted by Audio Magic. Once I opened the enclosure and found the hot and neutral I was able to attach the green and black leads as required via alligator clips. This would also facilitate easy removal for A-B comparison tests.

I connected the Denon DCD 370 to my Sophia Electric Technologies EL34 integrated amplifier via a pair of Discovery Cables Plus Four interconnects and connected the amp to my Paradigm Signature S2 monitors via a pair of Zebra Cables ZC SP14DBI bi-wire cables. As per usual I set up the system in my18’ X 13’ X 7.5’ basement listening room.

After listening to several tracks off of The Look Of Love by Diana Krall I connected the Pulse Gen ZX to the Denon. The obvious effects that I noted immediately were the greater width of the soundstage and the blacker background. This had the effect of allowing fine details to come through and presenting a larger picture of the performance. Another thing I noticed was that the music sounded smoother and warmer. It was as if the high-end hash that makes so many CD players sound unappealing had been removed.

I dropped the Miles Davis CD Miles Ahead into the drawer and gave it a spin. The first track “Springsville” has a full orchestra playing with Miles; the horn section on this track can sound a little over the top and brash on inexpensive CD players. Without the Pulse Gen ZX installed in the circuit the horns are in your face and too bright. Adding the Pulse Gen ZX into the circuit of the Denon had the effect of smoothing out the top end and again lowering the noise floor. The soundstage was larger and wider while keeping the details intact.

The Pulse Gen ZX seems to have the positive effect of cleaning up the power supplied to the CD player. This allows the CD player to do a better job of retrieving the information from the CDs and combating some of the nasty side effects of an inexpensive power supply. When installed into the circuit it becomes warm to the touch and is obviously an active device. The only difference that I noted while using the Pulse Gen ZX with the CD player that could be construed by some as negative was that the instruments and vocals were placed with slightly less pinpoint accuracy in the soundstage than I am used to. This is a difference I could live with given the positive effects overall but some listeners might be picky about such matters. I don’t know how it works but it does help the listener get closer to the music. 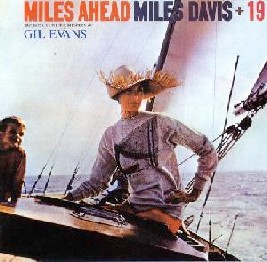 [1]This module can make fundamental changes to the character of a system. Be prepared to experiment with speaker set up parameters, tube
choices, cables, or other various tweaks in a system. Matter of fact, I would recommend removing any isolation accessories, then slowly reinstall them to determine if they are still necessary.
[2] Recordings with limited high frequency information will often sound very good in a system that does not use power conditioning.
This is the case with this disc. I played other recordings from John Gorka, and did not have any issues with the higher frequencies