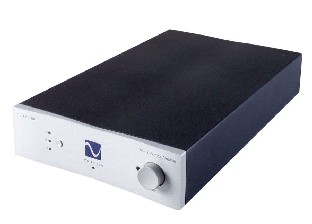 Audio modifications have a love/hate relationship in audio. The results are usually stunning, however, because of the early history of homebrew modifications that on occasion left the units vulnerable to all sorts of problems a shadow of suspicion hangs over units to this day. This is no longer the case as there are a handful of reputable audio modifiers out there. At the forefront is the relationship between Underwood Hifi and several manufacturers. It begins with the willingness of manufacturers to support Underwood HiFi by sticking with the original warranty. In the case of the Underwood modified PS Audio Trio C100, the original creator, Rick Cullen, designed the modifications.

Before I get into the modifications, it’s best to spend some time describing the Trio C-100 in its stock form. This integrated amp is a combination of PS Audio’s unique Gain Cell technology and ICE amplification. Developed by PS Audio founder Paul McGowan, Gain Cell allows each input signal to be handled individually no matter what the strength. This allows for a consistent output and minute adjustment capabilities. As for the ICE amplification the biggest advantage the ICE circuit has over other topologies is its great power efficiency, which is whopping 90%. This means that in order to produce say, 100 watts – it will only draw 110 from the outlet.

The exterior of the Trio C-100 is a testament to understated design and the space savings of ICE technology. The front faceplate is the now quite popular quarter-inch aluminum. In a salute to the PS Audio logo a wave is cut both into the front of the faceplate and across the top. The top groove continues all the way to the back of the unit. Along the left side of the faceplate are three vertical lights for each input and a single button for selection. On the right side a remote sensor bulb and the gain knob.

The backside, in contrast is filled with all the necessary inputs posts and switches. With the exception of the power cord receptacle all are gold plated and of high quality. The first input receives a special set of RCA jacks. Labeling is in a large, bold font in white making for easy identification. In addition comes a small, soft touch remote.

I could try to reword the all the work that is done, but instead here is a listing of Rick Cullen’s upgrades as taken from the Underwood HiFi website:

There are a total of 66 new upgraded parts in the Gain Cells alone. Once modified, Rick perfectly matches them.

Walter Liederman, the founder of Underwood, recommended at least 200 hours of burn-in on the modifications. Since I had just received a couple of different speakers in for review, it was no problem reaching that number. During this time, I checked the unit for operating temperature. With its diminutive case and upgrades I suspected that it might actually give off a bit of heat. WRONG! The Underwood/PS Audio Trio C-100 never felt even slightly warm to the touch, even after several hours of playing. No wonder there are no vent slots on the top of the case, they just aren’t needed.

My first serious listening involved one of the most challenging discs in my collection, Telarc’s outstanding recording of the Atlanta Symphony Orchestra’s rendition of Aaron Copeland’s most famous work’s Fanfare For The Common Man, Rodeo, and Appalachian Spring. Of the three, I enjoy the dynamics and soundstage of Rodeo the most. About Three minutes into “Buckaroo Holiday” the bass drum can be heard with a series of notes. What I’ve never noticed until this review was how the Underwood/PS Audio Trio C-100 presented the specific detail of the drummers hand stopping the boom with the palm of his hand near the edge of the skin. That specific detail of hand placement may seem minor, but it tells a tremendous amount about how well this unit performs.

A few minutes later in the same movement an even more stunning discovery. But a little background first; in ninth grade I had delved into playing the kettle drums as a way of avoiding getting stuck with the bells which I despised. Over the course of the year I became quite good playing and tuning the three drums. However, my desire to avoid marching band at all costs led me to choose against accepting a position with the school’s wellregarded Percussion Assembly. Anyway, I admit to having a pretty keen ear for those large drums. Back to “Buckaroo Holiday”, somewhere in the fifth minute there is a projection of instruments, horns, strings and kettle drums. Once again, never have I been able to distinguish the type of stroke used by the percussionist before. What I heard was not the long arm stroke, but the quick, aggressive wrist flick. For those of you hockey fans, it’s akin to the devasting wrist shot of Joe Sakic. The wrist snaps abruptly on this type of hit then the arm moves up as the mallet bounces from the surface.

This level of micro detail discovery is one reason why I love doing reviews; it’s the discovery of hearing something completely new and surprising. But over the course of my time with the Underwood/PS Audio Trio C-100, I would happen across several such moments of discovery. As I have mentioned in several reviews on of my standard songs to play id “Gaia” by James Taylor. The simulated thunderstorm of bass and drums is a real test of detail and staging which the Trio C-100 did terrific with. But, earlier in the song I noticed the radiation and decay of the piano. There was no doubt that it was a grand piano playing. My ears sensed each note traveling through the harp-shaped instrument. That taste of depth and richness made forget about the thunderclap the first time though the track. I had to go back to hear my trusty test point. That’s how surprised I was with that moment in the song.

So many times, audio fanatics dismiss the concept of electronic burn-in. They will point to electrical engineers on various forums telling everyone the physical characteristics of the various components, and how burn-in takes just seconds. I can’t argue that on science, as I’m not an EE, however, in my experience with the Underwood/PS Audio Trio C-100, this amp needed the two hundred hours recommended by Walter Liederman to develop the depth and richness. I heard the unit playing the same Christmas music over four weeks with the volume at the same level and the unit went from being dry and thin in the upper frequencies to rich and engaging. Therefore, to all buyers, be patient and let the amp just play without serious listening. The two hundred hours will come soon enough.

I did find that the warmth of my tube CD player made for a richer, more detailed listening experience over my solid-state unit. For those of you with a DAC, that may be a mute point. Once again, remember that your rig and room are unique. I had the opportunity to hear the well-regarded Classe CAP-151 in comparison to the Underwood/PS Audio Trio C-100. In addition to the blacker blacks, the Trio imaged better and gave a tighter presentation. 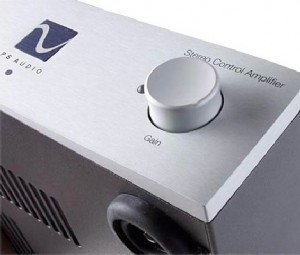 The old saying that “the best things come in small packages” matches the Underwood/PS Audio Trio C-100 perfectly. Once burned in, the modded ICE and Gain Control technology integrated amplifier reproduces an amazing sound. Until now, every amp I’ve ever listened to produced even a small amount of hiss between songs. I had to strain to detect any hiss whatsoever emanating from the tweeters. This blackness is a testament to the modifications of Rick Cullen. But the quiet is only part of the story. The modifications bring forth details and micro dynamics that normally would stay hidden from equipment at anywhere near this price range. All of this becomes immensely noticeable when the lights are off, the equipment falls away and only the music remains.