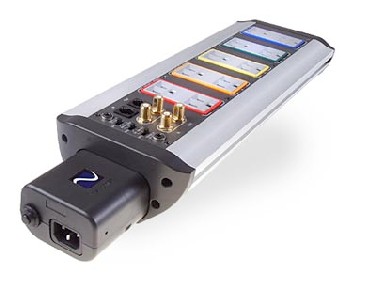 Growing up along the front range of the Rocky Mountains in Colorado, three things were absolutes: One, sooner or later your car was going to have hailstone dings and dents, two, lightning is a fascinating, but evil foe to electronic equipment. Three, a quality surge protector is an absolute must. As a one employee of a couple of different electronics outlets, I can’t tell you how many times I worked with customers buying all new electronics to replace their fried components after their property was hit by a bolt. 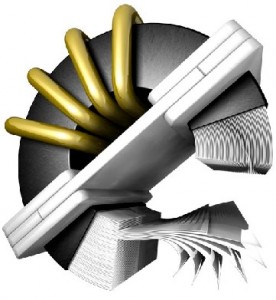 It’s no wonder then that PS Audio is located in Boulder, a city butted up against the Colorado Rockies, where lightening strikes are a daily late afternoon event during the summer thunderstorm monsoons, sells such items as the Quintet. I became interested in the Quintet after moving into our new home, which was built in 1977. I had noticed that in the family room, the lights and television would dim just a bit when the air conditioner turned on. Much greater dimming happened with the vacuum cleaner ran. I should mention that the a/c unit is on it’s own circuit breaker, but located next to the family room breaker on the panel for what it’s worth. This issue concerned me as at that time I was planning on placing my main rig in that room and I’m a firm believer that fluctuating power isn’t healthy for electronics. I decided that this situation was perfect for a review of a surge suppressor. After reading thru some audio forums I noticed that their was considerable curiosity and interest in the PS Audio Quintet. With some help from Sean Parque of AV123 and Ryan Conway of PS Audio, a Quintet arrived in short order. 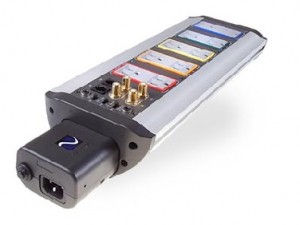 The Quintet is not your typical surge suppressor, it’s larger in size, comparable to a loaf of small, gourmet bread, with the bottom being the smaller side of the quadrilateral. The Quintet is actually 3 pieces, the recepticle body, a black plug-in power cartridge, and a very beefy power cord. The body is made up of machined aluminum in it’s natural silver finish with black end caps. PS Audio states the look is similar to BMW styling, I would take it a step farther and say BMW motorcycles. Across the top from left to right: In the black section there are three vertical rows, the first contains a dc trigger on top and bottom with three switches that allow for delay startup. Each switch controls an outlet, allow for protected startup by delaying (if you chose) the large drawing of electricity. The next two rows give protection to cable tv and phone lines. What about CAT5 option guys? 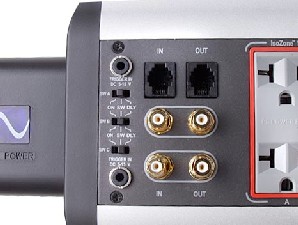 The balance of the main unit is taken up by the five color coded outlets, each one isolated from the others. These “IsoZones” are designed to create groupings of like equipment, i.e. source, amplifiers, addons. IsoZone 5 is designed specifically for amplifiers with just a single outlet to handle the heavy current draw that amplifiers naturally create.

Because of the features of the Quintet, make sure to read the manual, this will allow you to benefit the most from the unit. I will say that the sample Power Module does not fit snuggly into the recepticle. I trust that this was just a flaw in the sample and nothing more. The power cord is a beast sizewise, therefore don’t plan on squeezing it into a tight fit, as it needs room to flex.

Once I had all the necessary cords plugged in, I powered up my family room rig, and began to listen, developing an auditory baseline. I also had the light and television turned on while plugged into the Quintet. I then asked my wife to turn on the air conditioner. When the unit kicked on, the lights neither dimmed nor flickered. In addition, no auditory change was perceptible.

A few days later I decided to give the Quintet the vacuum test. Now most of us notice the dimming of lights when the vacuum starts up. This is due to the intense draw of current when the motor the moment the power switched on. I plugged the vacuum into IsoZone 4. With my eye on the lamp, ceiling light and television, I flipped the switch. Nothing. Absolutely no change, the lights stayed bright, the tv didn’t darken or flicker. The Quintet had done its job, isolating the power draw of the vacuum, and protecting the components.

Now, what about sound improvement? Like last month’s review of the AudioArt Power 1 cords, I took measurements over a week with and without the Quintet plugged into my system. I went a step further and set the db meter on a bar chair with a couple of phonebooks to place it evenly across from the tweeter. The measurements were a single decibel lower with the Quintet. But more telling was the visual observation, the needle on the meter was far more stable with the Quintet. This tells me that something is being done to isolate and remove noise from the signal path.

In the past two months I’ve been educated a bit in the value of clean electricity. Not by snake oil trickery, but by solid engineering and component parts that isolate noise from both external and internal sources. If there is anything I would change it would be to offer a version of the Quintet with CAT5 plugs instead of the phone jacks, but that is trivial. There is no substitute quality and the PS Audio Quintet has it in spades.