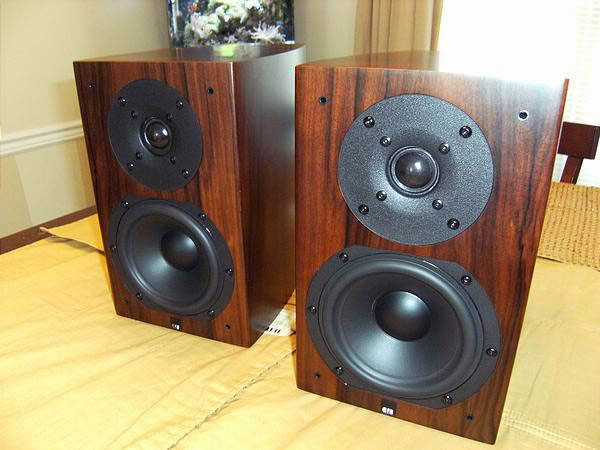 In the past few months I’ve been lucky enough to audition one fine monitor after another. In each case, the manufacturer has been able to create a somewhat unique/signature sound that is fairly easy to recognize. What impresses me is that even though the cabinets are small, if not diminuitive, there is a great deal of originality. That would have been much rarer some 20 years ago, but thanks to computer modeling and trial and error, the box has become anything but four square sides. After my review of the Era Design 4’s, David Solomon of Signal Path decided to test my auditory skills once again and sent out the bigger brother, the Design 5’s in a handsome rosewood veneer.

Like their siblings, the Design 5’s are a asthetic wedge shape, the tapering going from front to back in a smooth curve. Visually, the makes the cabinet appear smaller than its modest 11x7x10+ measurements. However, don’t let the shape deceive you, with its usage of 1inch high-density fiberboard and internal bracing, these boxes can pass the most rigorous knuckle-wrapping. The rosewood veneer finish is flawless, and the satin sheen finish gives off the appearance of many clear coats. 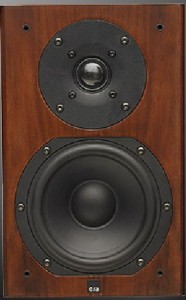 Like it’s little brother, the Design 5’s drivers and crossovers are the work of the fine speaker builder, Michael Kelly. The tweeter is a 1 inch silk dome with no sense of shyness. It is mated with a 5 inch driver with a healthy sense of testosterone. The crossover is the same as in the D4, however, bass reaches down to 50db. The rear port is tuned to bring that number into the 40’s, giving the D5’s a potent low end. Below the port resides a single set of binding posts covered in clear plastic for easy gripping by larger fingers.

In what has become my common method of speaker breakin, the Design 5’s were banished to a closet with a heavy blanket covering them while a jazz station played for just over 100 hours. Upon recovery, I fired them up on a secondary rig in the guest bedroom. While the driver sounded the properly broken in, the tweeter was still somewhat overly bright. Back they went into the closet for an extra 48 hours of conditioning. Two days later, they were given another opportunity, this time the highs were smoother. Buyers note, that means a full week of 24/7 preparation before you do any serious auditory pursuits.

First off, the Design 5’s are not overly picky about placement. Yes, different spots did change the output slightly, but they never screamed “move me this spot is awful”. I finally settled on 18” from the back wall and 31” from the side for my main auditioning in my living room on my trustworthy Celestion Si stands (yes, the same type that Stereophile’s intrepid leader John Atkinson uses). Each speaker was toed-in slightly as is my custom.

After spending the previous month with the Aperion Audio 632’s, hearing the highs of the Design 5’s was eye-opening. Like the D4’s, they are bright, but once again, not overly so. The crashing of cymbals is definitive and the after-ringing is present and fully realized. Keith Moon, the late, crazed drummer of The Who would have loved the highs. 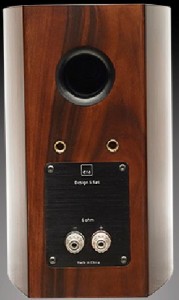 With high frequency output of this type, a good test is the flute playing of Tim Weisberg. His second work with Dan Fogelberg No Resemblance Whatsoever, is a fine example of a proper flute recording. The sonic frequencies are much wider than most recording with this instrument. Weisberg plays the lower octaves with a great passion. Yet, even while hitting those notes the instrument still sends off higher frequencies. The Design 5’s replicate this higher end with wispy naturalness.

The bass is both deeper and tighter than the Design 4’s. Many late evenings were spent with the lights off listening to a variety of music with substantial bottom level frequencies. Since the cabinets were all but out-of-sight in the darkness many times I was convinced I was listening to a fullscale monitor or slim tower. Just to see how well the D5’s handled their bottom heft, I changed out stands to my son’s $20 wooden Best Buy bargain sticks. The results would thrill only those with a severe penchant for boominess. Note to all buyers: quality ballast filling stands are a must!

After my experiment was thankfully over, I went back to my normal listening style. An excellent test of quality bass capability is Donald Fagan’s smoky jazz cd, Morph the Cat. With its roots in jazz quartet music, the prominent bass notes are quite varied. This forces speakers to reveal how strong they actually are on the bottom end. The D5’s take on this challenge and acquit themselves with honor. Not only is the bass rich but the imaging is outstanding as well. Many times during the cd, the string bass can be placed below and outside the right speaker.

True to Era heritage, rock and roll is the forte of the Design 5’s. The much underrated recording Live Bullet by Bob Seger is stunning coming forth from these boxes. The energizing “Nunbush City” recreated Cobo Hall with intensity and confidence. Equally impressive was the dynamic response and speed of the classic Pink Floyd work, Dark Side of the Moon. Even my wife was impressed forceful nature that these small monitors reproduced the harmonics.

In all the listening sessions with the Design 5’s only one song brought forth any sense of limitation in these mini-monitors. The rumbling bass in James Taylor’s Up From Your Life did cause the speakers to let go on the bass and sound slightly sloppy. In no other bass heavy song could I recreate that weakness.

Once in a while you come across a piece of audio equipment that you can’t stop listening to; not because it’s perfect, but by the uniqueness of the sonics it produces. The Era Design 5’s are just such an example. Unlike most monitors that highlight the middle frequencies to adjust for a limited bass, the D5’s leave that sound range alone. In doing so, the listener experiences the music in a different manner. As a reviewer this becomes an opportunity to use new adjectives when composing the review. More importantly, it challenges the reviewer’s mantra of what encompasses quality sound and listening experience. 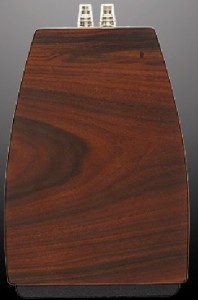 The Design 5’s are in many ways are a modestly priced version of the high thought of Thiel’s. they reproduce the music without embellishment of the middle frequencies. Because of this unique sonic signature I’m not going to box up the D5’s for a while. Instead, I’m going to keep listening, as the Era Design 5’s are so pleasantly fascinating, and they may just end up becoming another reference pair of mini-monitors.

At the $900 price range, the Era Design 5’s are in some pretty hefty company in quality mini-monitors. At this level, a speaker better have some sort of unique calling card to define itself from the rest of the pack. With its downright impressive bass response and pin-point sound stage, the D5’s are definitely a winning mini-monitor. If you’re looking for a speaker doesn’t color the midrange and have space limitations do yourself a favor and audition the Design 5’s, they’ll make it worth your time.