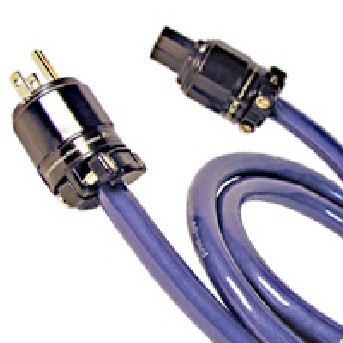 As a kid growing up, debates varied by age, first it was sports, from baseball cards and players, to football teams (it was hard being a Bronco fan in the 60’s and early 70’s). My saving grace in debates with those evil Raider and Chief fans, was one Rich “Tombstone” Jackson, one of the NFL’s all-time great pass rushers, and the man many consider to be the reason the head slap was outlawed. As I entered high school, cars and cheerleaders became the center of our debates. What was the faster car, and better engine. As for the cheerleaders, best legs and most inspiring jiggle. Ok, enough said, the imagination is powerful enough.

Nowadays, debating involves much more mundane topics, as I try to stay away from Iraq and politics. One other area I avoid debating about is cabling. Opinions are so strong that on the forum boards that many have outlawed the topic as discussions have become so heated that rational posting just isn’t possible. One possible reason is that the method used to form an opinion is based on the most subjective element, our own hearing.

In the process of reviewing the Audio Art cable Power 1 cord, I ended up in a discussion with the owner of a Canadian website www.cdnav.com, (great free music links page by the way). In our very polite conversation, he revealed that he is of the scientific proof mindset, and challenged me to do a review based on some sort of quantifiable principle, whether it involves A/B blind testing or scientific measurement.

After some contemplation, I decided to make this review of the Audio Art Power1 my contribution to science, for better or worse. Instead of writing a review based upon my auditory perceptions. I am dedicating most of the review to measurements using my decibel meter reader. I want to make it clear that this is not perfect science. I did try to eliminate certain variables to give a reasonable accurate average measurement.

I used two different amplifiers plugged into the same wall socket, my Onix SP3 tube amp and the Jolida 1501A. The socket line is not part of a kitchen, laundry or air conditioning line. In addition to the Audio Art Power 1 cord, I used two stock cables, one that came from the Jolida 1501A integrated amp, and a second from some other piece in my past that has a smaller wire circumference from the Jolida cable.

Sample One: Using the db meter I played a passage from a George Winston solo piano cd and worked the volume up to 80db. Next, I turned off the cd player and unplugged it from the wall. Take the db meter once again and measuring from 2 inches away from the spot halfway between the tweeter and driver I took measurements from both speakers of the hiss coming from the enclosure. I did this 6 times over a thirty-minute period. I repeated this step with the two other cables. The results, a one decibel decrease when using the Audio Art Power 1. Not very significant, but for those out their looking for every possible difference no matter how small there it is for them to seek out.

Sample Two: In the second test I left the cd player on and playing, but no interconnects linking it to the amplifier, but using the same electrical socket. The thin generic cord leaped up to a whopping 2 db of difference. The Jolida cord stayed the same at one db increase over the AudioArt (no change in the numeric measurement).

Sample Three: Since so many of us have either their entertainment unit or their computer plugged into the same outlet, I brought
in my wife’s Compaq computer tower while she was off with my mother-in-law. The tower used the same cable as the cd player. Once again, the AudioArt Power 1 cord measurement went up either 1 or none, so call it a half a db increase. However, the Jolida cable went up by a second db in each of the six measurements. The generic cord went up fluctuating between 3 and 4 db’s.

Sample Four: In this final test, I decided to use a second Audio Art Power 1 cord to be used with the tower. Just to see if it reduced noise from offending sources. The results, all three cables went back to their original measurements.

*I do want to say that the Jolida 1501A was one db quieter than the Onix integrated amplifier.”

Running these tests reminded me of science fair projects my students do each year. The more measurements I took, the more curious I became as to finding a way to find fluctuation and change in the db measurements. If you have a child of middle school age and want to get them interested in audio, this would be a great subject. Plus, you will get them to peer into your hobby from a different angle. It may just be the beginning of their life-long journey into audio.

As for the Audio Art power cable, it really is a well-made, very reasonably priced power cord. With its hospital-grade design, it provides all the qualities of much higher more expensive cords without the additional cost. Unless the WAF stops when it comes to the color blue, take the opportunity to audition this fine product, It does exactly what Rob Fritz says it does, shields and reduces outside noise at a price virtually any audio fanatic can afford.