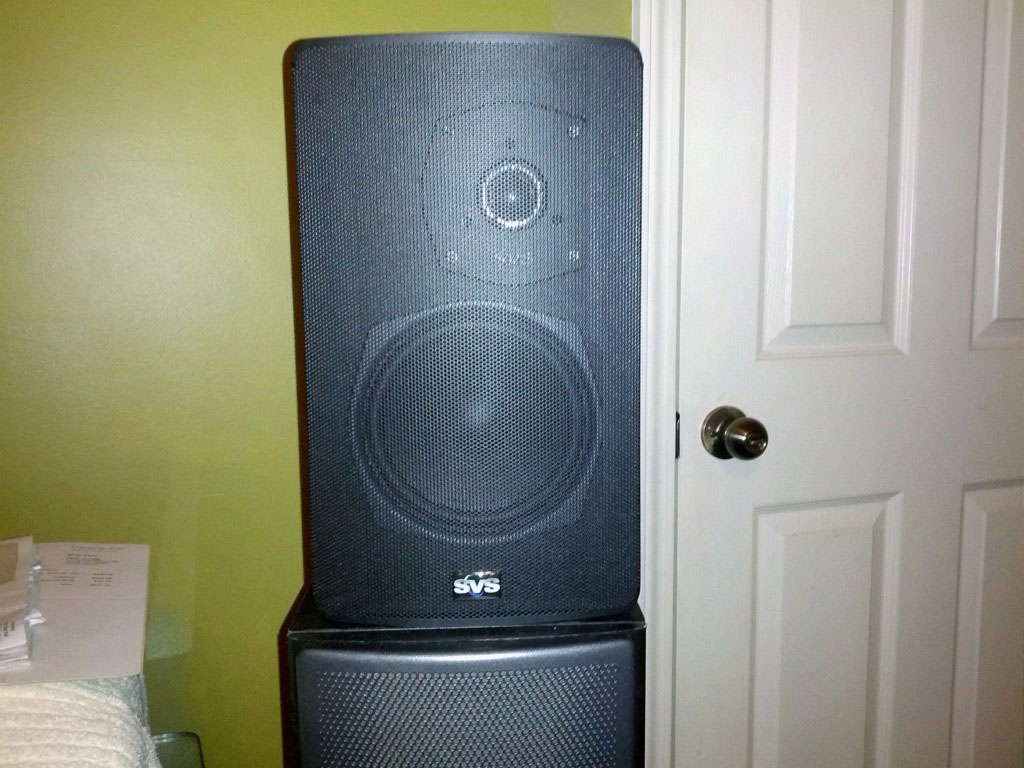 I am not a frequent poster to the large assortment message boards available to people these days. I do read them while I don’t have enough free time be a particularly active participant. While reading the A$$A Circle on AudioCircle.com one night I stumbled across the “What you would like to see reviewed” section. I thought it was pretty cool that I already had the DIY Paradise Monica DAC that had been requested, but I scanned the rest to see if anything else caught my eye. During this time I was also looking for a loudspeaker company whose products were in the ultra-affordable category for another project that never really materialized, so the request for an SVS review struck my fancy. I’m sure a complete home theater review would have made the manufacturer happier. I was looking for an inexpensive pair of sealed 2-way bookshelf speakers. Being the frugal audiophile I really wanted to know what a couple hundred bucks could get me.

I am a sucker for well-packaged affordable gear, and the SVS box that appeared a few days after contacting them for a review sure got them off on the right foot. The loudspeakers were sent double boxed in quality cardboard containers with cast molded Styrofoam packing material. Each speaker was isolated from the other by about 4 inches of air in the box, and wrapped in medium weight plastic. I hadn’t heard the product yet, but my initial impression of their attention to detail was already pretty high. 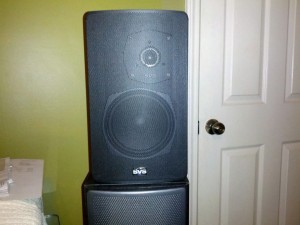 After removing them from their packaging I noticed some cool mounting options. These speakers can obviously be stand mounted, but they also have keyhole mounting as well as threaded inserts for wall brackets. I felt this was an impressive array of mounting options for such an affordable price.

The small bookshelf speaker that is the SBS-01, sports a 5 ¼” woofer and a 1” soft dome tweeter in a small sealed black box with detachable cloth grills. These specifications are not going to create large theater levels of sound in a room bigger then small closet. Knowing this I was aware of their need for a subwoofer right from the start. I still wanted to test the merits of these speakers on their own. I used them in a several different configurations; some they were clearly designed for and others were for mere curiosity sake. 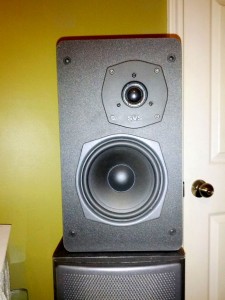 The SBS-01 speakers seem to have been designed to either be the four primary channels in a small 5.1 system or the rear channels in a larger system. Since I only had a single pair I used them for a short time as the rear channels in my LJM Originals home theater. I liked how they sounded for ambient noise, people talking around a restaurant, or noisy TV/Movie scenes. This is about 85% of what rear channel speakers are used for and they shined at this task. I didn’t like how they sounded when they needed to be more forward, for instance in the movie Seabiscuit there is a lot of rear channel activity. The horses are always running back there. But there is a scene where lighting strikes behind and to the right. There clearly wasn’t enough power to that moment. For most this isn’t that big of a deal, especially for the very low price, but it was a pretty big deal for me. My normal rear channels are very similar to the SBS-01, they use 4.25” drivers with a 1” dome tweeter and there was no comparing the dynamics of this and several other surround moments. My existing speakers, that use less then $50 worth of Audax drivers were consistently deeper, more dynamic and responsive. Especially considering the 1” difference in the woofer size. I continued other avenues of use for these speakers, even though I was slightly disappointed by the results in their primary use. 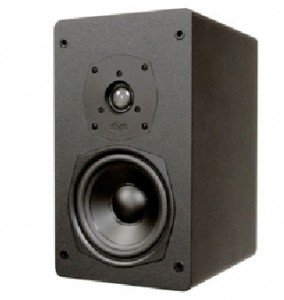 I next tried what I thought would be a suicide mission for the little SVS speakers. I put them in my 2-channel system with my Quicksilver Monos and nOrh ACA2b. First I put this together without any sub. This was the first place I heard these speakers that I was actually impressed. They still had no low-end power, as expected. They did have timbre and presence that I didn’t expect. They turned out to be rather musical when used to play simple strings or solo vocals. The sound was a little bit tangled up in Alison Krauss and Union Station’s string movements, but when I played Jacinta’s version of “Falling Leaves” it sounded much better then I expected. The air and breath was there, the soundstage was shallow, and the depth wasn’t at all great but the music was still quite moving. Next I added a sub and played the same pieces again. The sub I used wasn’t my giant 12 inch front firing Titanic, but an Audio Source 10” down-firing sub that was purchased for $79 from Parts Express. The improvement was worth far more then price tag. Once the little speakers were freed from dealing with the lower spectrum they sounded clear and detailed even in slightly more complicated string pieces. Classical Piano is beyond their realm, but to their credit it is beyond all of the $225 speakers I’ve ever heard. They still had a flat narrow soundstage, but the imaging cleared up 200%. They became not just listenable but pleasant.

The last configuration I used the SBS-01 setup was as computer speakers. My neighbor was raving about his $500 Bose MusicMonitor computer speakers. So I loaned him a pair of $399 Dynaudio BMA-5a Compact Active Studio Monitors for the privilege of using his Bose for a weekend. On a side note, he didn’t want his Bose back…. Back to the SVS, In the first iteration I paired them with my Antique Sound Labs AV-20 6L6 Mono-blocks. The ASLs had a new cost of around $200 a piece and a used value of around 250 per pair so I was putting $425 worth of tube separates against $500 worth of Bose. Bose lived up to their reputation (among audiophiles that is) they sounded very thick in the midrange with no high-end clarity and the little bass they has was bloated and exaggerated. While I was most satisfied with the SVS speakers in this configuration, I still dug out my $25 Sonic Impact 15 Watt Class T amp. (I think it’s much more expensive these days, but still rather cheap!) This turned out to be another excellent combination, while not as musical as the ASLs still very pleasant and had a better frequency range then the Bose. The SVS SBS-01 may well be one of the best computer speakers available! 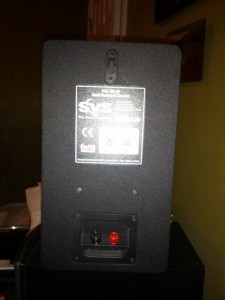 Two hundred dollars doesn’t get you much in the loudspeaker world these days. Even in affordable audio if you only plan to drop 2 C notes you pretty much know you’re looking at either DIY or low end Best Buy garbage. These turned out to be neither, and that alone is saying something. I really liked the detail they exhibited when used with even the most affordable subwoofer. I think these could be great speakers to use in a bedroom or kids room. I unfortunately just didn’t like them as rear channel speakers. To SVS’s defense I didn’t have the rest of their theater, and I didn’t have one of their famous subs. I can without reservation strongly recommend these as computer speakers, add just about any amp and you will have a dynamic duo if there ever was one.