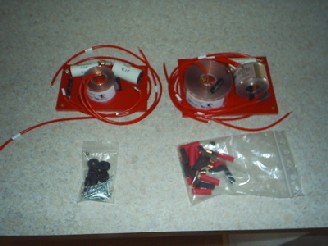 Ok, I admit it, I’m fascinated with the art of modifications. Maybe it goes back to my teacher mindset, where lesson plans are routinely improved upon over the years. Sometimes it’s just a tweak. In other instances, a large modification is in order. Whatever the case may be, mods are an outlet by which owners can improve upon their rig without giving up a favorite piece.

Back in December, I enthusiastically reviewed the Onix Rocket RS 450 mini-towers. In the bang-for-the-buck world, these rosewood columns are a great value. But at the time, I had a secret plan: with the help of AV123 sales manager Sean Parque, I hatched the idea of his sending me a set of his Skiing Ninja crossover upgrades for me to install.

In order to make a fair comparison, I spent extra time listening to the stock 450s after I had completed the review. I took copious notes on various kinds of music, searching for details that I believed the Ninja crossovers would have a strong chance to improve upon, such areas as depth and tightness of bass, background instruments and soundstaging. I ended up burning two cds of tracks that I felt would challenge the crossovers.

The real beauty of any design is in its simplicity, and the Skiing Ninja crossovers are just that simple. Alpha Core copper inducers, Sonicap capacitors, and 12-gauge oxygen-free copper wiring. Sean even uses the highly regarded Vampire silver solder for the best possible connection. It’s the little details that prove quality to me and Sean passed the test by providing rubber washers to dampen any noise at the connection of the board to the cabinet.

The process of swapping the crossovers was a challenge. First, I suffer from hereditary hand tremors. That, in and of itself, makes for doing installations and other fine work a bit interesting. In addition, the shape of the RS 450’s is a tapered oval at both ends, which made the process a little too difficult for my shaky hands. Therefore, I enlisted a neighbor, and after a couple of hours and a bribe of a 12 pack of Fat Tire (note to Sean: Where’s my Skiing Ninja mug?), the work was complete. We did make one change in adding female connector clips to the ends of all the wires, as the solder quality on hand was rather dubious compared to the Vampire silver solder that Sean uses.

The key with installation is patience. You work with the cabinets and don’t force anything. If you think your way through the process, you’ll be rewarded. I just wish the black top caps came off the RS 450’s. That would have made the installation much easier, but I quibble over something beyond Sean’s control.

I popped in disc one of my compilations. The first track would be considered elevator music to some, but as I age I’ve come to appreciate the arrangement quality of much of the music of my parents’ era. The background flute in Burt Bacharach’s timeless “Never Fall In Love Again” has a wide sense of airiness. Another fine track, his “I’ll Say A Little Prayer,” adds the combination of the coronet and various percussion instruments, lending a distinct clarity to the music. 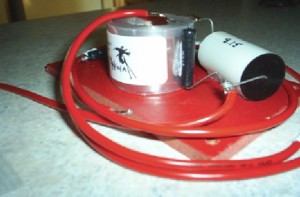 Moving forward a couple of decades, a track that demonstrated obvious improvement was Joe Jackson’s “Wild, Wild West,” with its keyboard whistle opening remnant of Clint Eastwood’s classic “The Good, the Bad, and the Ugly”. This song has always sounded to me as if it had been recorded in a vast canyon, with its slight echo on Jackson’s vocals. The Skiing Ninja crossovers add a front-to-back depth, giving a deeper sense of resonance. The acoustic guitar strings appear to be strummed harder, making for a very intense near-attack by the musician.

Vocals are enriched across the board, but where I noticed a true difference was with artists who had a very distinct, almost edgy sound. Their presentation is fuller, more inviting. The classic track by The Who in “Dr. Jimmy” is a perfect example. Roger Daltry’s classic rock and roll voice with its scratchy, yet full vocals make for a perfect match to Pete Townshend’s confused, angry lyrics.

While almost every track I selected had improvement, one track was so impressive that it brought me back to listening to the entire album. The late Dan Fogelberg’s song “Minstrel,” about his beloved sailboat, was strengthened to the point I completely lost sense of where I was. From there I dug up the cd it came from, River of Souls, and began listening to it every day. The Skiing Ninja crossovers and the music created a synergy that was truly mesmerizing. 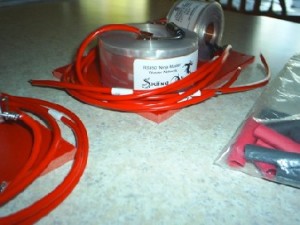 If you’re an Onix Rocket owner and love your speakers, but have the itch to improve your listening experience, the Skiing Ninja crossover is a worthy investment. With the help of Danny Ritchie of GR Research, Sean Parque has created a terrific upgrade to an already killer value, the Onix Rocket RS 450s. This is another example of what quality research, engineering, and execution can do to improve the audio experience. Therefore, if you’re a Onix Rocket or x-ls owner, but want to move on, instead move up with the Skiing Ninja crossovers.