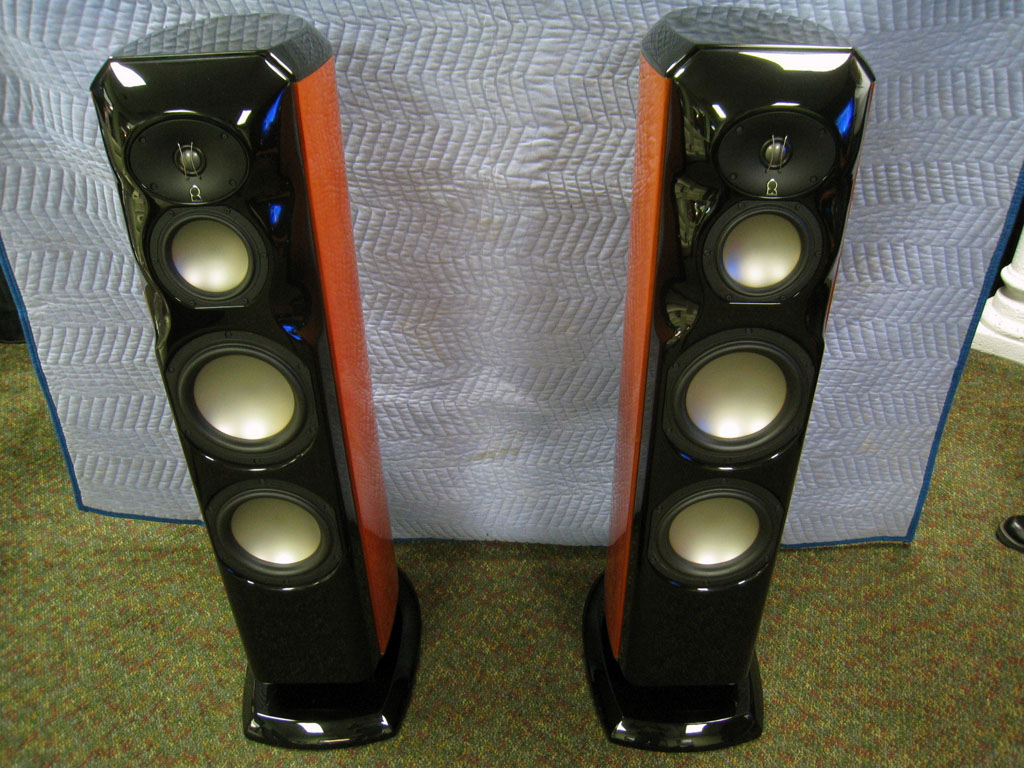 Mama said you only get one chance to make a first impression. That is certainly true by Alan Silverman for a loudspeaker, and I expect I’ll never forget the startling experience of hearing Revel’s Ultima Studio2 loudspeakers in my mastering room for the first time. [For the uninitiated, Revel is a Harman-owned company alongside pro audio industry stalwarts AKG, BSS, Crown, dbx, DigiTech, JBL, Lexicon, Soundcraft, Studer, et al. — Ed.]

As a reminder (and a validation) ever since that day, there has been a steady stream of visitors to Arf! Mastering to hear these new monitors. My current hobby is watching the expressions on the faces of listeners, then jotting down their initial comments. Usually it doesn’t take longer than a few seconds for the wide smiles and remarks to materialize. These include “amazing,” “the musicians are here,” and the popular “Wow. Wow. WOW!” Another good one: “I never want to get up from this chair.” Finally, after one listening session, an engineer from a major NYC mastering house posted succinctly on a mastering forum, “OMG!”

In all my years traipsing through studios, high-end dealerships and homes with elaborate stereo systems, I can confidently say that this, the Ultima Studio2 speaker, is markedly different. It all starts with Revel chief designer Kevin Voecks, no beginner to speaker design, who has done influential work at high-end loudspeaker companies Mirage (Klipsch Group) and Snell (THX pioneer, formerly of D&M Holdings). He was brought to Harman International to start up Revel, a brand specifically intended for the highest end of the loudspeaker market. This led to a synergy of comprehensive manufacturing resources (Harman) and dedication to making the finest speakers possible (Voecks himself).

Also important to the Revel story: on board at Harman were Dr. Floyd Toole and Sean Olive, two scientists who championed the idea that speakers should be tested for listener preference under double-blind conditions. For Revel prototypes, this was accomplished in Harman’s Multi-channel Listening Lab (MLL) where speakers — hidden behind an acoustically transparent curtain — can be shuffled in and out of position on pneumatic rails, and in under four seconds; such a unique evaluation environment allows speaker-to-speaker comparison from the same position within the natural timeframe of aural memory.

As a result, large numbers of listeners blind-auditioned Harman prototypes alongside competitors’ finished products, leading to some surprising findings. First, listener preference often had no correlation with price. Second, expert listeners and casual listeners heard things in very much the same way. Further work at the lab led to the discovery of which parameters result in the highest listener preference scores. These turned out to be a linear frequency response, low distortion, low resonance and an even dispersion of sound within at least 60 degrees of center. Revel’s Ultima2 Series uses these discoveries as a basis of design and purpose.

Each Ultima2 Studio2 loudspeaker stands 46 inches high by 14 inches wide and weighs 140 pounds. It is a three-way system in a beautifully finished, nine-layer MDF cabinet with a gracefully curved back and a downward firing flared port. The in-house designed driver set consists of a 5.5-inch midrange driver and two 8-inch woofers, all with inverted-dome titanium diaphragms and neodymium magnet assemblies and a one-inch beryllium tweeter. The system achieves a remarkably linear response in the listening window of +/-1 dB from 33 Hz to 20 kHz. Adjustments consist of +/-1 dB for the tweeter in .5 dB steps and a contour control for the LF drivers to aid in matching the system to room boundaries. Each system is individually tuned to match the laboratory prototype’s specs to within “a fraction of a decibel” before leaving the factory.

Revel Ultima Studio2 In Use

To be completely forthcoming, I should probably have my head examined for agreeing to review a new pair of speakers in a busy mastering room; since a mastering engineer depends on knowledge of his/her room, a new set of monitors is nothing less than an altered state of consciousness. I only agreed to bring in the speakers at the urging of Michael Chafee, a dedicated music and sound enthusiast and, in my opinion, one of the most talented room tuners and designers of high-end audio systems in the industry. When Mike says, “You’ve got to hear something,” it’s time to clear your schedule (and hide your checkbook). The timing was right — there was a lull in the schedule around last year’s winter holidays — and the speakers arrived. But I wasn’t prepared for what happened next.

As I listened to my usual references and past work, I experienced an unsettling feeling: that I’d never really heard any of it before. These speakers literally vanished, leaving only the music in exciting detail.

With the Ultima Studio2 loudspeakers, the full range of sound is presented, from the deepest lows to the highest highs, with nothing out of proportion. Tonality, texture, resolution and imaging are breathtaking and effortless, yet there is nothing clinical here — the Revels produce a stunning musical picture. As I listened through a long list of mastered and un-mastered sources, it became evident that they weren’t flattering, either; flaws and defects in mixes were plainly evident. From classical to heavy metal, the Revels sailed through any genre that I could throw at them.

Over time, the Studio2s literally re-educated my ears. In comparison, my former reference speakers sounded smeared, colored and synthetic. The old monitors — familiar to many mastering rooms — came to the fore and got in the way of the music. Using the Revels, not only was I rediscovering my favorite music, I was rediscovering my own gear, some of which had been with me for over a decade. The speakers gave me far more control and precision over my work than ever before. So, watch what you do with those knobs or the Studio2s will dope-slap you. 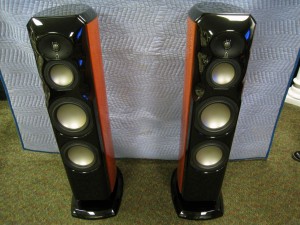 Invariably, the most critical question for a mastering engineer is, “How does your work translate to the outside world?” Via Revel, the test masters I took home sounded “righter” than in the past; sometimes it was a subtle difference, but there was always definitely a difference. I worked the Revels into my workflow until they became my sole monitors (and out came the checkbook). Reactions from clients have been consistently positive, and sometimes emotional, to a high degree. The greatly enhanced client experience in the room has been a constant source of pride and satisfaction for me.

The combined precision, sensitivity and sheer sonic beauty of the Revel Ultima Studio2 has changed my conception of what is possible for a loudspeaker. They have become a formidable advantage in my mastering room. Are they worth the $15,999 list price? Well, considering that many mid-level to high-level mastering rooms already have at least $20k invested in high-end converters, preamps and amplifiers in the monitor chain, to add less than that again to pull it all together and raise the bar to the such a high level of quality and accuracy in one swoop is money well spent, in my opinion. With the Studio2s, there’s simply no fluff here. You get gorgeous and accurate sound, wonderful client reactions, improved workflow and an aesthetically handsome set of speakers for your investment. It doesn’t get any better, or pay off any better, than that.

by Alan Silverman, NYC-based mastering engineer, two-time Grammy nominee in the Album of the Year category for mastering.