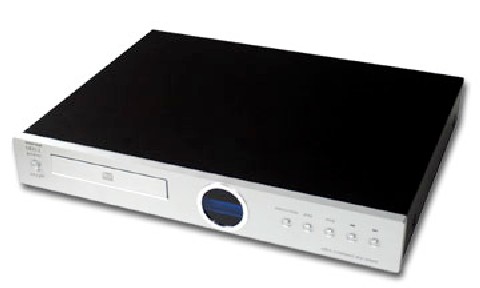 Twenty-two years ago I bought my first cd player, it was a Fisher, its claim to fame, a Yamaha chip. Eager to get in on the new technology, I fell for the sales job and bought one. It performed well for 13 months, and then died. After a futile search for a repair shop with a manual, I moved on and bought a Harman Kardon, which served me well for many years.

A year and a half ago, as I began my re-indoctrination into audio, I realized how much has changed in cd players. The key word was DAC, which stands for Digital Audio Converter. At first, all I kept hearing was separate DAC units. Oh, great, another piece of equipment to buy. But as my knowledge increased, I began to hear about built-in DAC’s that gave some 98% of what the stand-alone units offer. A trip to my favorite local stereo shop, Echo Audio, introduced me to Music Hall and their high value, wallet friendly 25 line. The cd25.2 is the second generation of the cd series. Unlike its predecessor, Roy Hall himself worked on the design to meet his specifications.

Like its sibling, the a25.2 integrated amplifier, the cd25.2 is beautiful in its clean looks. With its thick, brushed aluminum front panel, and spare controls, the cd25.2 would look good in any office or room where attention needed to be focused elsewhere. Across the panel from left to right: power button, disc tray, round display window (blue LED’s), open/close, play, stop, back track, and forward track buttons. 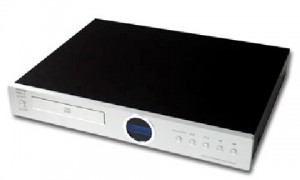 The chassis construction uses high gauge steel, lending itself to firm foundation that assists in limiting vibration. The backside is even simpler with analogue RCA’s, then digital outs with optical then digital coaxial. Finally along the right side is the three-prong power socket.

Inside, is an equally clean design with the Phillips transport mechanism taking up the majority of the right side with an over-sized toroidal transformer guarded the back section. After a bit of open space the left side holds the motherboard, with the Music Hall label imprinted. Much like it’s sibling a25.2, the board is laid out in a logical manner with obvious sections for each electronic category. Wires are kept short, but with enough slack to allow for easy technical work if needed.

To acquaint myself with the difference that a DAC chip makes, I first hooked up my HK PL 8450 carousel cd player. The sound was nice and pleasant, nothing earth shattering by any means. To make the comparison as immediate as possible I burned a second copy of my demo cd. I flipped between the h/k first, then the cd25.2. Immediately it was obvious that the Burr-Brown PCM 1738 DAC had unlocked a whole new level of audio joy. Depth and clarity were evident in every track. 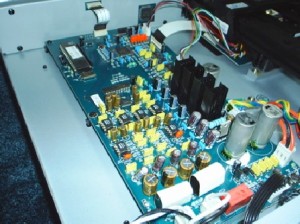 With the comparison over, I went in search of cd’s that I felt had sounded less than stellar originally. The best example in my collection is Billy Joel’s 52nd Street. Sonically, the cd has always sounded somewhat compressed and limited. The cd25.2 did improve the sound output, but it didn’t cure it of its inherit flaws. Obviously, no unit can bring back the master recording that was mangled along the way to the final pressing. But still, it was nice to hear some details that previously didn’t exist.

I moved on continuing to use the h/k as a comparison. I put in a recently purchased Two Against Nature cd by Steely Dan. A wonderfully musical presentation followed, with all the little instrumental details that Becker and Fagan are known for. One observation I did note was a bit of fuzziness in the midrange that wasn’t apparent in the h/k. The sound was still deeper in sound stage creation overall much clearer, but the location wasn’t exact.

Curious about this slight lack of focus, I went to my collection and searched out another disc with similar qualities. I settled on John Mellencamp’s Scarecrow, with its wonderful mix of instruments. The track “Justice and Independence” creates an immense stage, much like his concert tour of this album. Yes, I did detect a few moments of missing focus, but it wasn’t irritating or anything. Otherwise, the cd25.2 rocked with the energy that Mellencamp put forth in this unsung classic disc.

One of the big questions with any cd player is how well it tracks a scratched disc. After much searching, I found a disc that wouldn’t play on my boom box due directly to its abused condition. I placed it on the tray and sat back to watch what would happen. The cd25.2 tracked perfectly thru every song. I failed to detect and slowdown between tracks. Kudos to Roy Hall for selecting the Philips VAM 1202/12 transport instead of settling for something of lower quality. 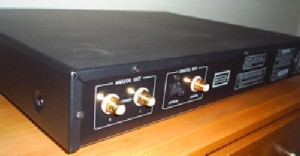 CD players have come a long way in the 25+years they’ve been around. When you consider that $300 spent in 1986 is well above $600 in today’s dollars, the value of the Music Hall cd25.2 is quite evident. What the owner gets is a superbly tracking unit with an oversized toroidal transformer capable of handling all sorts of voltage inconsistencies. The Burr-Brown DAC is a wonderful piece of silicon that brings back many hidden details. Overall, the cd25.2 is a worthy performer deserving of attention by any budget audiophile looking for a balance between value and performance. 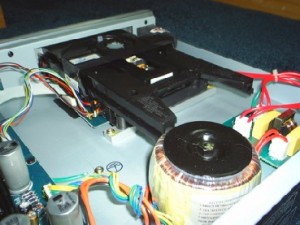