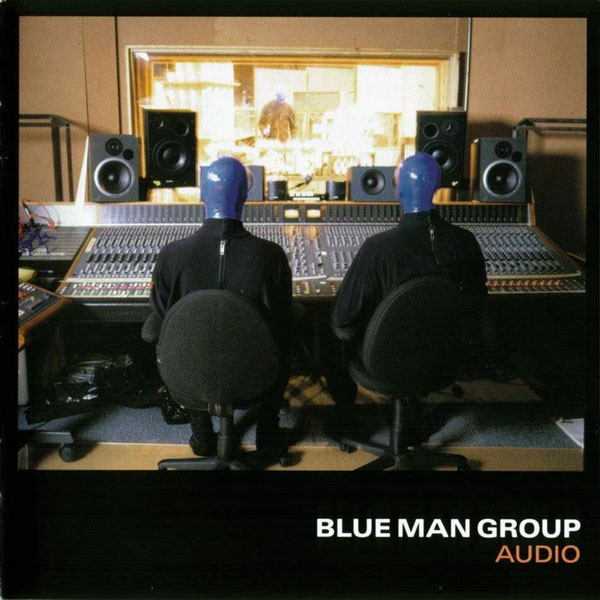 Most people have probably never heard of The Blue Man group by name, but most will have seen them on television without realising it. They were the blue-faced characters in the TV commercials for Intel’s Pentium III processors. But BMG is much more than three blue Roman numerals – it is a group of individuals (around 30) which combines performance art, music and musical invention. BMG has a critically acclaimed theatrical production ranging from contemporary theatre, to percussive music, art, science and vaudeville.

The material on Audio, their debut DVD-Audio disc, was first released on CD in December, 1999 (ASIN B000038A2S) and nominated for a Grammy. The DVD-A version was released in February, 2001.

The DVD-A version is much more than just the two-channel PCM data from the CD encoded onto DVD-A – it is a true surround experience. The disc also has a DVD-V-compatible side with Dolby Digital and DTS tracks.

BMG are not only performance artists, but they also create some of their own instruments, with names such as Low-Octave PVC, Air Poles and Backpack Tubulum. The creativity of BMG is apparent right from the first track, Mandelgroove, which after a fairly sedate start, explodes into a percussion and bass frenzy – make sure your subwoofer is up to the task for this one. A slight variation on the same rhythm continues into PVC IV, where plumbing-based instruments feature heavily (hence the title) alongside more traditional Chapman Stick, guitars and zither.

If you were in any doubt that Audio was conceived for multichannel listening, track 3, TV Song should convince you, as the opening rhythm zips around you. After the first few tracks one could easily imagine that the rest of the material would be just more of the same and get a little tedious, but it does not. Changes of pace, texture and mood keep things interesting, while still harking back to some of the themes from track 1. Track 10, Drumbone, is a good example. Just when the ear gets used to the interesting sound of, well, the Drumbone (a PVC plumbing variation on the trombone), the pace quickens as more instruments join in from all sides for the finale of the track.

One of my favourite tracks, Last Train to Transcentral, is hidden away as a bonus track only accessible from the song list section on the DVD-Audio and DVD-Video sides of the disc. As well as the range of BMG instruments, it also has vocals and is a very immersive experience.

If you are looking for a disc to demonstrate the potential and excitement of multichannel music, this one should be right up there at the top of the list. The music completely surrounds you and with a good subwoofer you should be able to feel it as well.

From the standpoint of fidelity, I can find little to fault on the DVD-Audio side of the disc. The MLP track is crisp, with plenty of dynamic range. On the DVD-Video side, I could not tell the DD and DTS tracks apart. Both are excellent quality, but just lack the extra crispness, clarity and punch of the MLP track. It is not a glaring difference and certainly does not spoil the musical experience which this disc provides.

The DVD-Audio and DVD-Video sides of the disc both offer the same extras. Two of the most interesting are the About the Music and About the Instruments sections. The former features the three founders of BMG explaining a little of BMG’s background, and the latter, diagrams of the BMG instruments with brief details of their construction and sound. One thing that should have been included is a glimpse of a live BMG performance — the music alone is pretty exciting, but actually seeing these guys perform, even if only a track or two, would have made it the perfect package. 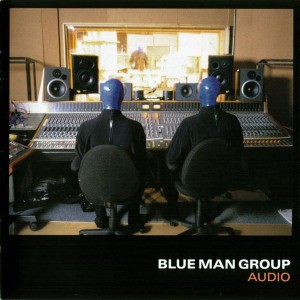