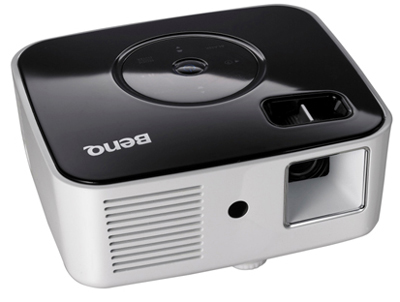 Also featured on the GP1 are composite and VGA connections along with a USB card slot and iPod docking station.

This is none too bad for a pocket projector with the only gripe being it’s $599 price.