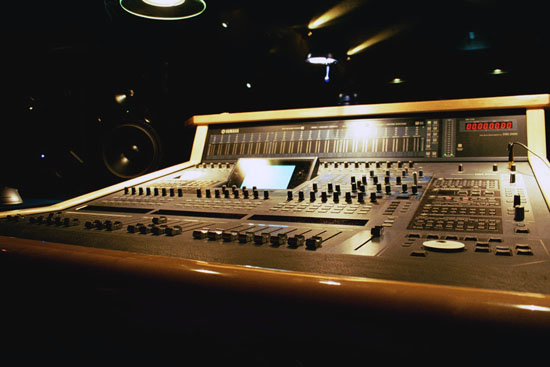 It wasnt that long ago that a traditional large-format console was an absolute necessity to really be able to do a reasonable mix, but, as they say, the paradigm has shifted. And even though DAWs are now the focal point in just about all studios, making desktop mixing a possibility as a result, many mixers still prefer to mix traditionally on a console with faders in hand. With that in mind, the real leap in technology is not so much the ability to mix in the DAW as much as the amount of power that can be had in a digital console these days. The features that a couple of hundred grand used to buy can now be had for a mere fraction, and perhaps the most powerful of this new breed is Yamahas DM2000, a console that is breathtaking in both its features and capability.

Because theres so much more to this console than can be reasonably covered in print, well just give you a general overview of the DM2000 first (for more information you can re-read the First Look we ran on the product in the February 2002 issue) and then concentrate on the surround portion of the console. Perhaps the number one most impressive and useful feature is the fact that the DM2000 sports a full 96 channels of 96k/24-bit audio complete with moving fader automation. This is amazing in that most digital consoles on the market, even the most extensive and expensive, usually have only half the number of channels available the moment the sampling rate is raised to 96k. Not the DM2000, which idles along nicely at lower sampling rates of 44.1 and 48k, but easily rises to 88.2 and 96k without as much as a hiccup. Imagine, 96 channels (yes, NINETY-SIX) with moving fader automation in the space of a desktop. If youre old school (a nice phrase for just plain old) like me, this is almost unbelievable. Add to this a full complement of groups, mutes, and solo functions and you have a true powerhouse.
The next most impressive feature is the fact that, unlike most digital desks, there are so many dedicated controls that normal operation is fairly intuitive and very similar to your favorite analog console. For instance, EQ, dynamics, panning, and output bus assignments all have dedicated sections with enough real knobs to make you feel like youre on a traditional desk. Plus, its possible to delve deeper into most any function by toggling an accompanying Display button, which then brings up multiple pages on the DM2000s display if more precision is required. Theres also dedicated sections for Transport Control, Location Points, Track Arming, Scene Memory (snapshots), Aux Select, and even a bank of User Defined Keys for quick access to frequently used operations. 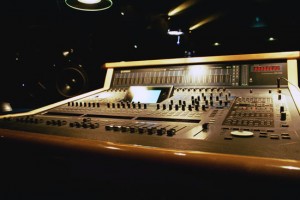 Each DM2000 channel also has a dynamics section, but differs from many other desks in that the gates and compressors operate independently, so you can use compression and gating simultaneously. In addition to duplicating the panel controls, the on-screen compressor and gate displays include the parameters needed for key-input signal routing and set up. Once again, a number of presets in the gate and compressor libraries are available.

One of the nicer features on the desk is the routing ability, with several patch displays that allow the systems inputs, inserts, and outputs to be patched to appropriate onboard inputs and outputs as well as any I/O added via the rear-panel expansion slots. You can also assign channel names for easy identification. All this can all be saved and recalled, of course.

On the rear panel, balanced XLR and TRS connectors are provided for the first 24 inputs, and rather than the common single TRS jacks usually supplied for unbalanced insert send and return, each input channel features independent balanced send and return jacks (insert switches are provided on the console). There are also balanced analog studio, stereo, control room, and monitor outputs as well as eight balanced omni bus outputs in 1/4-inch jacks. Two analog 2-track inputs are also provided, as well as digital I/O via AES/EBU and coaxial connectors.

A very nice feature is the onboard sample-rate conversion that allows CD players and other digital sources connected to the digital input to be monitored or routed to an input channel without having to be synchronized to the system clock. There are also word clock inputs and outputs, SMPTE and MTC timecode inputs, MIDI connectors, a keyboard connector, and both serial and USB to host connectors as well as Cascade in and out connectors that allow up to four DM2000 consoles to be easily cascaded if required.

Its The Little Things
Whats the difference between a mixer and a console? When it all comes down to it, its the little things like channel insert In/Out switches, input pads, and phase reverse on every channel that really makes a desk into a console, and the DM2000 has them. Add to this some pretty good mic preamps on the first 24 channels and some comprehensive monitoring, and youve separated the men from the boys.

As you would expect from a digital desk, the automation and snapshot capabilities are comprehensive and can be saved to SmartMedia memory cards for transfer to another DM2000 or archiving. In addition, the DM2000 can also be used as a DAW control surface for Pro Tools or Nuendo.

The DM2000 comes supplied with Yamahas Studio Manager software application for both Macintosh and Windows platforms. Studio Manager gives you access to all DM2000 parameters for either online or offline control via the computer. The Studio Manager can also be used to manage an extensive archive of mix data.

In Surround
The DM2000 is built with surround in mind from the start as evidenced by its onboard dedicated 5.1 monitoring section. While not as extensive as many outboard units, it is leaps and bounds beyond most consoles, even those costing many hundreds of thousands of dollars. With a single control you are able to raise and lower the 5.1 control room volume level, just like you normally can in stereo. Seems simple, but only the DM2000 makes it that way, as most other consoles rely on some sort of kludged patch that seems included as an afterthought. And the desk also includes a downmix matrix that can deliver LCRS and stereo monitoring and mixes while you are doing a 5.1 surround mix.

Yet another nice thing is the built-in bass management system, which can be easily bypassed with a touch of a button. This eliminates the need for another extra outboard box. Coupled with a built-in pink noise generator and alignment procedure, the DM2000 makes speaker calibration easy.

Also included in the desk are a number of 5.1 effects although the choices are fewer than whats available in stereo. Reverb, chorus, autopan, flange, compression, and companding are available, but keep in mind that each 5.1 effect uses up four stereo effect processors.

In addition to graphic monitor configuration displays, the DM2000 also provides multichannel surround pan/position displays so you can see where multiple channels sit in the surround mix at a glance. A joystick provides surround panning for whatever channel is selected and the panning control section also includes a divergence parameter that can be used to adjust the hard or phantom center ratio for each channel.

In Use
The DM2000 is no different from a large-format console in that the more powerful and flexible it is, the more time it requires to master it. That being said, we got the desk up and running about 30 minutes after installing. Stereo was easy, with signal passing through right away, but surround took a little time to figure out. While many of the most-used functions have dedicated switches (like EQ, dynamics, panning) that directly access the required pages, there are a few (especially in surround) that take some getting used to. The good news is that once youve been through the set up and spent a couple of days using it, you either wont have to access those pages much again, or youre familiar enough with the procedure that its a lot easier the next time the situation comes up.

Digital dynamics as a genre generally leave a lot to be desired, but the ones on the DM2000s sound pretty good. Although they probably wont completely take the place of any analog outboard compressors that you might have, they more than get the job done and generally sound better than the channel compressors found on some big-buck desks.

The DM2000 retains many of the most used features from traditional large-format consoles and integrates them with the best of modern technology. If you must have your fingers on some faders when you either record or mix but dont have either a lot of room or a big budget, the Yamaha DM2000 is truly the current state-of-the-art.