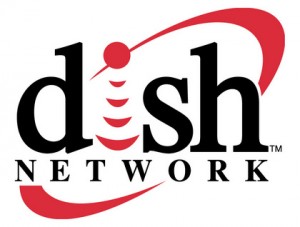 You know, with the economy the way it’s been for the last several months now and everything, we’ve all considered some ways to make cutbacks.  And first on the chopping block is usually stuff like entertainment.

I’ve been a Dish Network subscriber at various levels for five years this September.  I’ve tried all the packages and sort of settled in where I like it.  Oh, sure, I wish I could have more of an a la carte setup instead of having to stick with the packages they offer, but on the whole, I’ve enjoyed it.

Well, today, I got my bill after a particularly tortuous package shift.  I got a three month trial of HBO and Showtime, and it’s been pretty good.  Not really worth an extra twenty two bucks a month, especially when my Netflix account will pour my choice of movies on me, and never repeat, for about the same amount of cash in a month.  It’s due to expire this weekend.

So what do I find in my bill?  That they’ve CHARGED me for next month.

Needless to say, I was hot.  I called them right up and said, hey, this is a load.  I’m not paying for a free trial.  They explain to me that, because they bill a month in advance, they had to charge the twenty two bucks but would credit it to me on the next month’s bill. If I DIDN’T pay the charge I didn’t owe, they would tack a LATE CHARGE onto the next month’s bill, because I didn’t pay the full amount of the bill, despite the fact I didn’t owe the money.

And I got hotter still.  They expected me to give them an interest-free loan for twenty two bucks for a month.  And if I refused to front them the dough, they were going to CHARGE ME MORE, because I didn’t pay a charge that I didn’t owe in the first place!

But, thanks to the valiant effort of operator DNP, a fella named Jeremy, the charge was taken off my bill completely, override codes were used, and forms were filled out.  Now I don’t owe near what I did.

That’s why I won’t leave Dish Network after all.  These guys are GOOD.