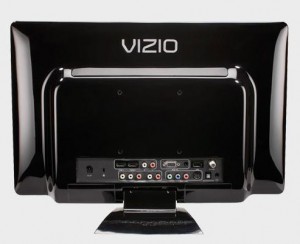 If you’re looking for a smaller TV for, say, a bedroom or the basement or something similar, you may want to consider part of the new Vizio lineup of televisions, a nineteen inch and a twenty three inch television that both have a profile thickness of just under an inch.

Now here’s the interesting part–these two actually use LEDs as backlight for the front panel.  While only the  twenty three incher is 1080p, both feature 20,000:1 dynamic contrast ratios, 5ms response times and 300 nits of brightness.  And both of them also offer two HDMI inputs, a PC input, SRS TruVolume so that when you go from the nature show to the used car ad you’re not blasted out of the room, and SRS TruSurround HD.

The phrase “tiny but mighty” comes to mind here, even if the prices of three hundred fifty and four hundred dollars respectively is a bit salty for such small units from Vizio.