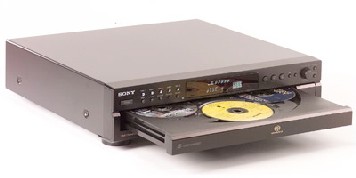 The last decade has seen the emergence of a new cottage industry. Up until recently most audio enthusiasts were limited to the stock configuration of a component, unless they possessed the skills necessary to DIY their own equipment. Now there are dozens of companies that offer upgrades and modifications for a wide array of consumer electronics. All an audio enthusiast has to do is ship off a piece of hardware to a modifier, and within a few weeks receive a rejuvenated component back in the mail. Today there are modification companies for every product category in audio, and all a person has to do is spend an evening searching the net in order to find a company capable of working on their proposed project.

Some of the mods that are currently in fashion range from TEAC receivers with digital output chips, to vintage tube electronics such as the Dynaco Stereo 70 tube amplifiers. However, compact disc players are one of the prime candidates for a sonic makeover. The Sony SACD players have become the platform preferred by several of the higher end modification companies. These upgrades were first developed for the Sony SCD1, and SCD-777ES, and have continued to evolve as Sony rolls out new players. While the cost of many of these modification packages can run into the thousands of dollars, a small company located in the sleepy town of Quincy, Washington now offers a very reasonably priced upgrade package for the Sony SCD-CE595.

Tube Research Labs’ product line consists of stunning hand crafted components that contain several zeros in its price tag. For instance, if you purchased an amp and pre-amp combination from TRL, you would end up spending roughly the same amount of cash as buying a new Porsche Boxster. While these electronics may be out of reach for the average audiophile, TRL has developed a series of modifications for CD players that happen to be very attractively priced. The modification package for the Sony 595 is somewhat unusual because it is not a total re-design of the unit.

Many well-known modification companies essentially gut the innards of the CD player, and install proprietary power supplies, output stages, and filter systems. In many cases the total cost of these modifications will match, if not exceed, the MSRP of the CD player. TRL’s approach is to refine the basic Sony circuit, and can be best described as sending the 595 to the audio equivalent of a charm school. When I spoke with Paul White about the nature of these modifications, he spoke in general terms about the nature of the circuit revision, but at the same time he protected TRL’s trade secrets.

However, I do know these details about the 595 upgrade package. First of all, the 20K brick-wall filter is bypassed. Paul believes that the latest generation of chip sets found in the Sony are capable of reproducing high frequency information, and that any filtering ends up degrading the performance of this machine. Secondly, the power cable is replaced, and re-routed inside the chassis. The power switch is also bypassed, which means the player is always on. If this is an issue, the remote control on the Sony allows the user to turn the display off. The latest generation of this modification now features the addition of several large computer grade capacitors to the power supply of the 595. Chassis resonance issues are addressed in this modification, and dampening material is added to the top of the unit. Finally, there are some modifications to the circuit itself, although those wily characters at TRL cover the changes in the circuit board with a dampening material that effectively hides what has been done. While this may not come as a surprise to Aﬀordable$$Audio readers, the truth is that even if the circuit modification was uncovered, I would not be able to divine the nature of the changes that have been made. Although my technical skills are limited, I can tell you that the sonic benefits of these upgrades is readily apparent to anyone who has listened to this machine.

The SCD-CE 595 reflects Sony’s commitment to offering a quality piece of consumer electronics at a reasonable price. I do not believe that it is possible to find a CD player that is built to a higher quality level in the same price range as this Sony. It is easy to understand why Paul White has chosen to use this player as the platform for the TRL modification package. I am pleasantly surprised at how quiet the disc handling system of this player is during operation. The five-disc carousel is quick, and the mechanical noises are unobtrusive. While most audiophiles would view a multi disc CD player with suspicion, it is my opinion that the carousel does not compromise the performance of the transport in this player. An unaltered 595 will weigh in at approximately 10 pounds, since the chassis is constructed of plastic and lightweight sheet metal. The addition of dampening material and power supply capacitors easily doubles the weight of this unit. While weight is not an indicator of a quality piece of electronics, it does impart a satisfying feel to the piece that is lacking from the stock 595. 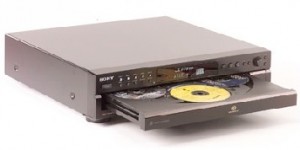 This unit is a multi-channel machine and can be used in a five-channel home theatre system. My listening sessions were conducted in a two-channel system, so I only used the front RCA outputs. It is important to note that the Sony provides an optical digital output on this player. It can be used as a transport for an outboard digital to analog converter. It would be nice if there were a coaxial digital output also, but as far as I know this option is not available.

Paul White’s crew at TRL have worked powerful magic inside this humble carousel CD player, and the end result is a machine who’s sound is on par with other units that easily sell for two or three times the price of the modified 595. The absence of harshness and grain to the music is the most noticeable attribute of this player. I have yet to encounter a moderately priced CD player that is capable of presenting music in such a smooth and relaxed fashion. “So Long, So Wrong” by Allison Krauss and the Union Station [So Long So Wrong; Rounder CD 65] highlights the 595’s refined presentation of the music. This song has a large amount of high frequency information that a run of the mill CD player cannot reproduce without a noticeable amount of hardness and glare to the music. However, the TRL mods work wonders in regards to the Sony’s high frequency performance. The arrangement of mandolin, banjo, fiddle, and guitar is a bright sounding combination, but the Sony is unfazed by this piece. Each individual instrument maintains its unique sonic signature, and yet blends together quite nicely to create a background for Allison Krause’s vocal performance. The 595 also does a nice job of reproducing Krause’s vocals in this song. This lady has one of the clearest sounding voices that I can ever remember hearing. A poor CD player will add a lot of grain and harshness to the sound of her voice, and ultimately make it sound like a bad recording. Once again, the Sony handles all the delicacies of Krause’s vocal performance with a level of refinement that is not often encountered in its price range.

While the TRL modified Sony is a smooth operator, do not get the idea that it is a one trick pony. Music should be fun to listen to, and the 595 scores very high in this category. I selected “Red Angel Dragnet” from the Clash [Combat Rock; Epic EK63895] in order to see if this CD player could reproduce the raw energy of a great rock and roll band. While this song is not terribly complicated, the primal force developed by the drum kit and bass guitar really puts the power supply of the CD player through its paces. The bass guitar’s sound is very tight, with lots of punch to the sound. The drum kit is dynamic sounding, and the decay from the stick strikes to the drumheads is very easy to hear. Mick Jones guitar playing has the prototypical punk sound to it, and fills my listening room with its presence. The guitar riffs have a nasty edge to them, and the Sony does an excellent job of reproducing them in all their distorted glory. Some British audiophiles would say that the Sony has excellent pace and timing; however I think it’s just a darn fun machine to play music on

Several of the modifications that are incorporated into the 595 also improve performance on SACD encoded discs. The power supply updates, and chassis dampening modifications raise the bar for SACD performance for value priced players. Contrary to public opinion, not all SACD reproduction is superior to Redbook CD. A high quality 16-bit player is capable of reproducing music in a more believable nature than a mediocre performing SACD player. Of course, both formats are dependant on the recording quality, and either format can sound terrible on a poor mix. “Get it While It’s Hot” by Eric Bibbs [Just Like Love; Opus CD 21002] is an excellent track for experiencing the positive aspects of a highresolution digital format. It is an unusual arrangement that incorporates mandolins, harmonica, and even a tuba that carries the bass line.

One defining characteristic of SACD is the increased dynamic range of the format, and this is very evident on this track. For instance, the harmonica has sharpness to the leading edge of the notes that captures the essence of a real instrument. There are also subtle details imbedded in this recording that the 595 is capable of retrieving. The tuba has commendable bass extension, but more importantly, all the subtle vibrations and metallic shadings of the tuba body come through quite clearly. The TRL modifications make a noticeable difference on SACD playback, and turn this unassuming player into a high performance unit.

Given the price range that the 595 reside in, there are very few drawbacks to this machine that I can find. It is a mechanically sound unit, which one would expect from a Sony product. The controls are well laid out, quite easy to use, and disc access times are reasonably quick for a changer. The only shortcoming that I can come up with is the depth of sound stage that it presents. The depth of the soundstage is slightly diminished when compared to world-class CD players. I am not aware of any machine in the sub $1000 category that does a better job of presenting soundstage depth than the TRL modified 595.

I adhere to the theory that great sounding systems require a high performance source component. While it is true that a stereo is only as good as it’s weakest component, it is important to acknowledge that the downstream components can only reproduce the signal given to them by the CD player. Audio enthusiasts working with limited funds far too often hamstring their systems by using a mediocre CD or DVD player. The phrase “garbage in equals garbage out” is still relevant to modern audio reproduction. Tube Research Labs has developed a product that brings high-end music reproduction down to a price level where frugal audio enthusiasts would consider purchasing. The modified 595 performs well in so many different areas, and really is a complete package. If I were forced to name it’s primary attribute, I would have to say it excels at extracting large amounts of detail from a disc and reproducing it in an analog like manner. This machine is such a balanced sounding unit, and will integrate into many different types of systems. If you re tired of owning the flavor of the month CD player, then call TRL and take the opportunity to listen to their offerings.

from aﬀordableaudio, By John Hoffman