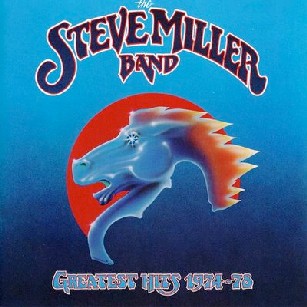 If you are a friend of the classic rock of the sixties and seventies, and are simultaneously a devoted fan of the vinyl medium and have some audiophile pretensions (I qualify on all three counts), then we live in a charmed age. Not since the heyday of Mobile Fidelity, DCC and other labels have we seen such a profusion of issues and reissues of the music to which many baby boomers grew up.

Many, probably most, of these reissues promote themselves based on their sound quality. Original masters! 180 grams! 200 grams! Quiex! SV-P! It all gets so confusing.

What is the result of all this? Does this mean an endless supply of high quality, great-sounding vinyl? Well, sometimes it does. And sometimes it doesn’t. I listen to a lot of new and reissued music on vinyl. I maintain that the single most important part of getting good sound out of an LP is to ensure that the music is recorded and mastered properly and that the LP is pressed properly. All the money in the world spent on a great cartridge, tonearm, turntable, electronics and speakers will be for naught if the “software” is crap. Garbage in, garbage out.

I’ve been fulsome in my praise for many labels: Music Matters, Classic Records, MFSL, Warner Brothers and others have really gotten it right on a meaningful number of reissues. Others labels have jumped onto the bandwagon, one of which is Capitol Records, with its “From the Capitol Vaults” series of records. This series offers a range of superb material, including quite a lot of classic ‘60s, ‘70s and‘80s rock (Beach Boys, Steve Miller Band, R.E.M.) but also newer titles (Coldplay, Radiohead). Anxious to give the series a listen, I picked up a copy of the Steve Miller Band’s Greatest Hits 1974-78.

Now this AM friendly music is a guilty pleasure of mine. The music resonates as much due to the era in my life that it represents as it does due to the songs themselves. So it was with a great sense of anticipation that I unwrapped this particular LP. The label on the cover promised great things within: 180 gram vinyl! Audiophile quality! Faithfully restored! Limited edition! The record itself looked OK: Perfectly flat, but scuffed and looking like there were fingerprints on it. I attributed this to the lack of a plastic inner sleeve. Come on EMI… for $21.00 surely you can afford a proper sleeve to protect the “audiophile quality” vinyl. Then again, the inner sleeve was a nice paper one, with color photos. So far so good.

Sadly, my balloon of anticipation popped the minute stylus landed on the LP and the music started. While the surface was quiet, what emerged from the silence was deeply disappointing. Attenuated highs, wimpy bass, and on some of the cuts noticeable distortion. Bad mastering? Sub-par master tapes? Who cares? If my copy is representative of this title, it never should have been reissued. I compared the vinyl to the CD that I have of the title, and the CD toasted the vinyl…one of the few times that I’ve ever had this experience. I also own a MFSL pressing of Fly Like an Eagle, and I compared them to the newer reissue: No contest…the MFSL version was far superior.

Does this imply that every title in the “From the Capitol Vaults” series is a disaster? Well, no. I have read on the audio fora that the pressings of more recent, digitally-mastered albums (Radiohead, Coldplay) sound pretty good. However, based on my experience with this Steve Miller title, I’m going to save my money. You can get better sound from an original pressing that you pick up at the Salvation Army. Or, if I want to spend big bucks on a reissue, I’ll turn to Warner, MFSL, Music Matters or any one of the labels that are offering legitimately audiophile LPs.