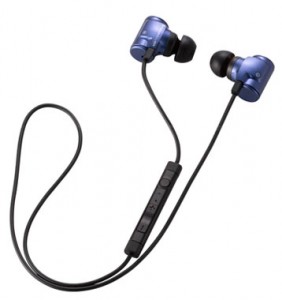 Recently, Logitech added a new model to their ongoing Bluetooth earphones series, known as the LBT-HP04. It’s measured at 1.2cm x 1.5cm x 2cm and weighs 13 grams. These lightweight earphones fully support the iPhone, iPod touch and other Bluetooth-enabled gadgets and the Bluetooth AVRCP profile as well. In addition to this, The Logitech LBT-HP04 Bluetooth series features three models such as the LBT-MPHP04A series for cell phones, the LBT-PCHP04 series for computers, and the LBT-AVHP04A series for portable audio players. Each purchase includes a small USB charging cradle. Thus, the Logitech LBT-HP04 Bluetooth earphones series will be available in mid-November, although there is no current information on price at the moment.