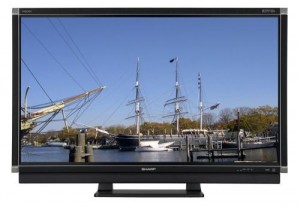 When two popular names in the LCD TV industry come together, you don’t want to be among the players in the same market. The venture is bound to pose problems and will surely be something that could dominate the market. This is of course with reference to the reported joint venture by Sony Corporation and Sharp in an effort to produce and sell very large LCD panels starting next year.

Sony will be pumping $105 million into Sharp Display Products in an effort to create a share split of 66-percent Sharp and 34-percent Sony. The deal is expected to be finalized by March 10th of next year. 32” LCD screens are the ones being leaked as their main product, something that should be beneficial for consumers but a threat to the other players in the LCD TV market.