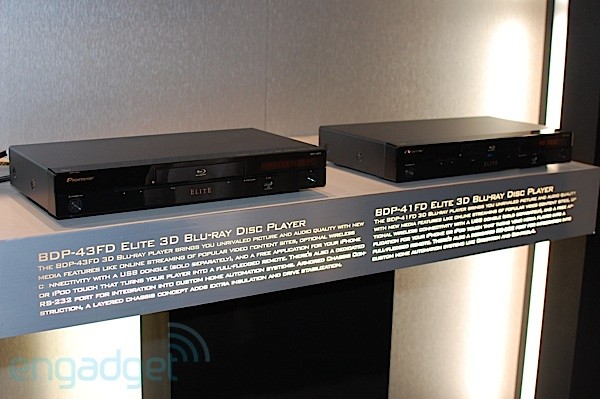 According to Engadget, Pioneer previewed three of their new 3D Blu-ray players at CEDIA, though the players were not officially announced beforehand. These models are known as the BDP-430, BDP-43FD and BDP-41FD, which are consistent in design and function with the Pioneer style and streaming options are included. However, they also have a mystery option that has yet been revealed at the moment.

Furthermore, prices for the Pioneer 3D players are expected to consist of $299, $399 and $499 like the current versions on the market. But you won’t see them hitting the shelves until December, though. Meanwhile, Pioneer also has a new line of HDMI cables and entry level home theater speakers for future launch. It will be interesting to see what else the company has up their sleeve as we get more details on their upcoming products.