A 5.1 Surround Sound Super Audio CD of Paul Weller’s Studio 150 album is now available from the Elusive Disc and Acoustic Sounds web sites in the U.S. The «Special Edition» Surround Sound SACD of the album was released last September in the U.K. and European markets on Virgin Records UK’s V2 Music label.

At that time, U.S. fans of the former Jam and Style Council singer, had their choice of importing the SACD from a European web site or paying a stiff import price of over $40. With the arrival of the Surround Sound SACD at Elusive Disc and Acoustic Sounds, U.S. fans can now pick up this disc for a much more reasonable price of $19.99 (Elusive Disc) or $24.99 (Acoustic Sounds).

Studio 150 features Paul Weller performing cover versions of a number of well known hits including Wishing On A Star, Close To You, Early Morning Rain and even All Along The Watchtower. The album was recorded at Studio 150 in Amsterdam, hence the name of the disc.

5.1 SACD Surround Sound Mix
The 5.1 SACD Surround Sound mix of the disc was done by album co-producer Jan ‘Stan’ Kvbert and album engineer Joeri Saal. The SACD was mastered by Kevin Metcalfe at Soundmasters with SACD authoring by Bastiaan Kuijt from BK Audio. (BK Audio is a spin-off of Sony’s European SACD Project group — see linked article below). The SACD was made by Sonopress on one of the their Hybrid SACD replication lines in Germany.

Studio 150′s 5.1 SACD Surround Sound mix is well done and makes good use of the Surround Sound field on several tracks. The opening track (If I Could Only Be Sure) starts with some studio chatter in mono, moves to a guitar solo in the Left Surround Speaker, then the rhythmn section kicks in across the front channels and Weller’s vocals appear in the Center Channel. Tracks 2 (Wishing On A Star) and 3 (Don’t Make Promises), among others also feature extensive use of all channels, showing that the team behind this Surround Sound special edition weren’t afraid to experiment with the possibilities of 5.1 audio.

If you’re a fan of Peter Weller, you’ll want to pick up this SACD Special Edition. Particularly now that it is available at more reasonable pricing in the U.S. market.
Studio 150 (SACD Special Edition) by Paul Weller (V2 Music VVR-1026900) 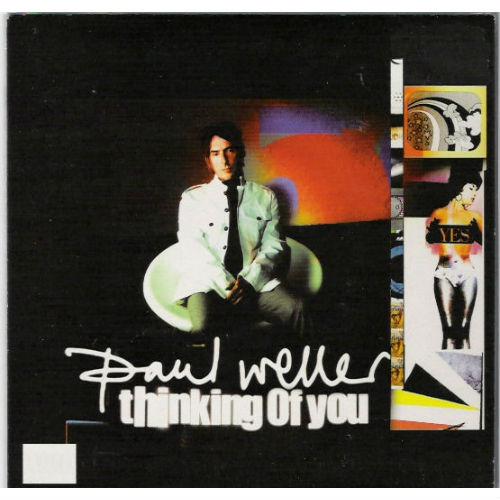