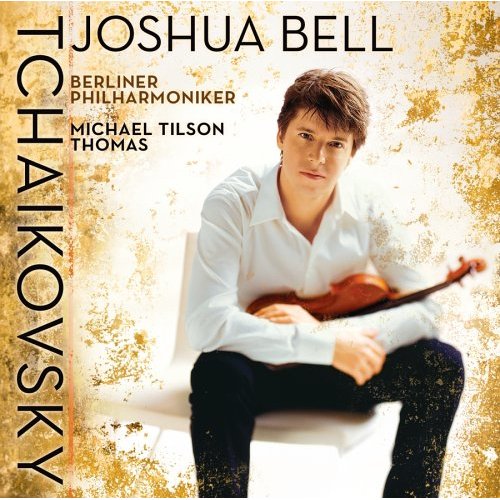 New SACD Packaging
The new Joshua Bell Surround SACD sports some new Super Audio CD packaging from Sony Classical. As with past Single Inventory SACD issues from the label, it uses the “SH” prefix number and comes in a traditional square edged Compact Disc case rather than the familiar Super Jewel Box case with rounded corners that most Super Audio CDs arrive in.

This is Joshua Bell’s newest album which was recorded this January at the Berlin Philharmonie in Berlin, Germany. Sony Classical says the album features “passionate new performances by the Grammy Award Winning Violinist”. It features the popular young classical violinist performing several violin concertos written by Tchaikovsky including a live recording of the Concerto in D Major for Violin and Orchestra along with Meditation in D Minor and Danse russe from Swan Lake. Accompanying Bell on the album is Michael Tilson-Thomas conducting the Berlin Philharmonic Orchestra. 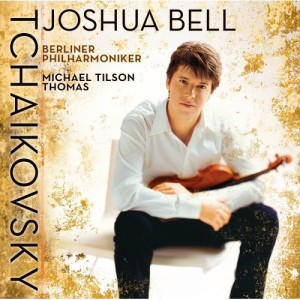 Availability
Joshua Bell’s new Surround Sound Super Audio CD of Tchaikovsky Violin Concertos is now available from music stores that carry Classical Music discs including Tower Records. At Tower, you’ll find it in the Violin Instrumentalist section with the regular Stereo CDs rather than in the Audiophile and SACD section as is the case with earlier Sony Music Single Inventory SACD releases.

It is also available from several web sites that carry Super Audio CD discs including CD Universe and Elusive Disc. Also worth noting is that the Sony Music Store web site has a sale underway on the Joshua Bell SACD. Rather than the regular list price of $18.98, the disc is currently on sale there for only $13.98.