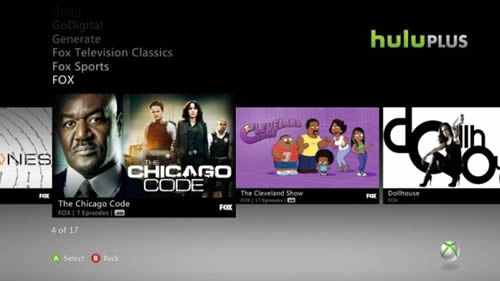 Consoles such as the PlayStation 3 and the Xbox 360 have added Netflix streaming abilities, YouTube integration, and a bunch of media features that almost make the consoles replace dedicated media centers. Now the Xbox 360 is getting Hulu Plus to all its US based Xbox Live subscribers. Of course, in addition to paying for Xbox Live, you also need to pay for Hulu Plus, which runs at $10 a month. Hulu Plus on the Xbox 360 will offer both regular and HD streaming of many TV shows and movies, including 30 Rock, 24, and lots of others.

With Hulu Plus, Netflix, YouTube (which has begun offering movie rentals), all consoles need now is proper integration with iTunes and you can kiss your media center PC goodbye. And your Blu-ray player, if you’re a PS3 owner.