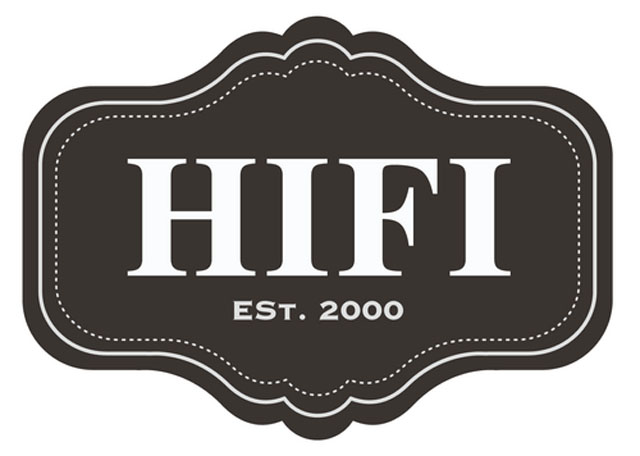 “Hello everyone. My name is Jess and I am an audiophile.” Now I ask you, doesn’t that sound just like the standard opening for another group who admit to being in the grip of an addiction? “Welcome to this week’s meeting of AA (Audiophiles Anonymous)…”

Where I don’t think that audiophillia is quite as personally unhealthy as many of the other popular addictions that we hear about in the media, it can be every bit as expensive, time consuming and anti-social. There is something about relentlessly chasing that elusive ‘perfect’ combination of electronics; recorded media and listening space that can make all other activities (career, marriage, children) seem like an unwelcome intrusion.

Then there are the occasional conversations between yourself and your SO (significant other) that start with some variation of “Honey, what’s this item on the Visa bill for $375 to someplace called Acoustic Sounds…”. I think that all of us come to feel that these moments are simply the martyrdom that we must endure for our hobby.

But, as I sit here writing this and listening to Nora Jones latest album on 180g Vinyl, all of that, and the late nights reading the RCA Tube manual, and staining the kitchen sink with ferric chloride etching a circuit board and the time I almost killed the cat for putting its claws into the driver of my new Velodyne subwoofer…. all of this pales into insignificance as the moment comes together and the soundstage is way wider than the speakers and I can hear the exact placement of the instruments and I can head Nora pacing as she sings; a few moments of heaven, just as moving as sex or winning the lottery or getting a promotion at work or…

But actually this essay is not about the addictive quality of audiophillia, but about some insights on mitigating the expense part (and thereby reducing the SO friction factor). So, in that vein, let me tell you a story.

Back in the 80’s I was into hi-fi ‘big-time’. I spent a lot of money on it and I am pretty sure that for most of that decade one wall of whatever living room I was occupying was completely obscured by speakers and equipment racks. The tangle of cables was so dense I could loose the cat for days. Then, in the early 90’s, I fell away from it. It started when I moved away from the city and culminated in my living aboard my sailboat for a couple of years.
Trust me, it is impossible to house any music equipment larger than a car stereo and a pair of 6 x 9 speakers when you are living aboard a 31′ sailboat. For the decade of the 90’s I just forgot about hi-fi.

In 2000 I moved back ashore. I bought a house. I got another cat. And, I remembered my passion for hi-fi. Now you must understand that after scraping together the down payment and spending a whole whack more on renovation to make our new palace livable, I was just about poverty-stricken in the discretionary spending department.

I started to look around at current offerings and prices and boy, what a shock! Anything that was touted as high fidelity was sporting prices that took my breath away. I felt like a Rip Van Winkle who went to sleep in the 60’s when a new Chevy was $3,500 and went to buy a new car when he woke up 40 years later.

Then I thought to myself: I wonder if any of that gear that was floating around in the 80’s has survived. If it has, I’ll bet it can be bought for a song today. So, I went searching on eBay. So much for that notion! AR turntables selling for twice what they cost in 1983. Same with Haffler, Ariston, Quad, Bryston. And forget about MacIntosh or early Marantz! I guess it just goes to prove that quality is timeless.

What to do? Well (I said tentatively to myself) I guess I could hunt around the tiny rural town I live in and see what I can find. A neighbour volunteered a 1957 Electrohome console. It had a crappy turntable, a very mediocre tuner, but it was still a treasure ’cause it had what they called in those days a ‘slave’ amp. This one is a very simple, clean 12AQ5 p-p stereo amp, managing 12wpc. The best thing about this setup is that the power supply for the whole console was built into the slave amp’s chassis. Not a bad start. A cleanup, replace the caps and careful power-up and what do you know it worked! Well, at least the filaments glowed like the ones in my ARC SP-6 of years gone by. I dug out a vintage pair of Dynaco A-25 speakers given to us by my wife’s parents and completely ignored until now. Great! Now, what to use for a source? I don’t even have a CD player except for the one in the car. Aha! The $30 DVD player sold at the drugstore it’s supposed to play CDs and CD-RWs and… Now don’t forget you need some kind of volume control. Ok, steal the volume pot from the radio portion of the Electrohome, wire it up to some slightly rusty but serviceable RCA jacks, a la passive preamp, and turn the whole thing on. Wait for it… Well, no smoke, no hum, no strange noises, in fact no noises of any kind. I hope this thing works. Press play on the DVD and slowly inch the volume pot up a little. Oh glory! It works! A little louder sounds fine. A bit louder and it is sounding actually quite good far better than I would have thought. The boxy bass I remember from the Dynanco’s is not too bad, really. Ya’ know, this thing sounds really good, at least to my ears. I don’t remember my 80’s hi-fis sounding a whole lot better that this sounds now. Well, hot dang! I think I got me a hi-fi!

In the few years since then I have replaced the Electrohome slave amp with a 300B SET, bought a pair of Dave D’s (Planet10 hifi) wonderful single driver speakers, added a used Velodyne sub and rebuilt a vintage Unity Rotary Platform into a respectable turntable (at least I think so). I built myself a tube phono pre from Thorsten Loech’s wonderful design on DIY Audio and, most recently, bought a used pair of Heil ribbon tweeters from Dave partner Chris, which just put the ‘finishing touch’ on the soundstage and tonal range.

Now that is the first (and longest) part of the story. The second is shorter but much more important. For it to be meaningful, we should keep in mind that my current hifi cost me less than $2000 and is completely satisfying to my ear and tastes. “But how do you know that if you haven’t auditioned some of the new high-end gear?” you may very well ask. And you would be right to do so. And here is my answer…

A few months ago I was in the city for a business trip (which, thankfully, I don’t have to do very often). I had an afternoon off and decided to track down and visit one of the ‘high-end’ audio dealers. (no, we won’t use any names here that’s not the point). I duly navigated my way to his shop and there I found a veritable pirate’s chest of audio jewels. This guy had it all. Ayre, Shanling, Jeff Rowland, Avalon, Walls simply dripping with Koetsu cartridges and Nordost cables.

I spent a happy hour or so ooooh’ ing and ahhhh’ing over the lovley gear. And tried really hard to ignore the lovely prices. The dealer was very helpful and patient. I looked in his demo room and spotted one of the new Audio Solid high mass turntables, fitted with a Vector tonearm and a Dynavector 17D3 cartridge (the one with the diamond cantilever).

I will admit to having a pronounced weakness for beautifully engineered machines, and this chrome-plated turntable really caught my eye. “It’s very affordable. Only $4,000.” says the dealer. “Can I listen to it?” says I. “Sure” says he.

I asked him to put on something I am familiar with. Soon, Nora Jones was singing to me from the Acoustic Solid table via an Ayre Preamp ($12,000), a pair of Ayre mono-bloc amps ($20,000+) and a pair of Avalon Isis loudspeakers (something near $80,000 I think). Did it sound good? Certainly. Really good? Yep! Better than my system at home? Well…

And this is the point of the story. This awesome, $100,000 plus system sounded wonderful magnificent even. But sitting there listening to it I felt a little embarrassed that I was going to have to avoid telling the dealer that, good as it was, my system sounded better. I also felt a deep sense of elation that my humble DIY system could even be compared with this rich-man’s wunderkind. His system was very precise, amazingly detailed, tonally correct. But to my ears, it sounded a bit lifeless. You see, my system sounds vital. Alive. I could easily imagine having this system
at home and becoming very frustrated wondering when it was going to sound like music.

The conclusion that we have reached with this wandering tale is this: dollars do not a superior system ensure. In the search for audio nirvana, imagination, creativity and TLC can take you farther than greenbacks.