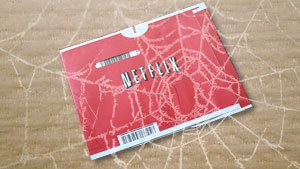 For those of you who thought that DVD might be a dying format, what with all the new advances in streaming technology and Blu-ray and whatnot, well, I’ve got a little something here that might say otherwise.

No less than NETFLIX itself has gone on record as saying it plans to “mail DVDs for the next twenty years”.

There are two primary reasons for this, according to Netflix–one, there will always be some people who are really slow to adopt streaming tech.  Of course, some of that won’t be their fault, but rather, the fault of shortsighted media officials who can’t be bothered to run high speed internet cables out into rural areas.  The second reason is that the studios themselves won’t want to give up DVD.

Now that’s an interesting concept, isn’t it?  The STUDIOS don’t want to switch?  You’d think they’d be eager to switch!  After all, burning millions of DVDs takes a lot of time and plastic, whilst streaming only requires a little space on a file server.  But the studios don’t want to lose the eighty percent of every DVD sale they get to keep (after burning and inventory and such, about twenty four of that thirty bucks goes right in their pocket), and they don’t want to annoy the television networks they license film to, AND they don’t want to wind up like the music industry that caved to Apple!

But there’s just too much market out there, and Netflix has too much of it right now, for them to not eventually buckle.  It’ll take some time, but until then, look for your DVDs in the mail.