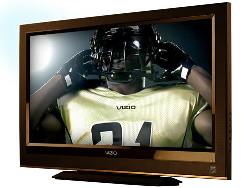 A recent report from DisplaySearch has shown that $112 Billion was spent on televisions this year in what amounted to 205 million TVs. By the way, 69 percent of those sales were LCD TVs.

Just to let you know, just 101 billion was spent on TVs in 2007, and but it arose to $112 billion in 2008. I’m not certain if these numbers show if we are out of the recession, or if the LCD TV market will be good no matter how bad the economy is.