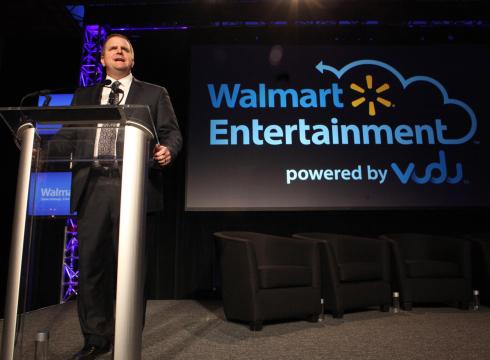 There’s been an ongoing debate over which media format will reign supreme as the future approaches – physical or digital. As of now, the general consensus seems to be that digitally delivered media is the future as it’s cheaper to supply and easier to consume. Netflix is one example with their Stream Instantly service that allows you to pay a low fixed monthly rate, find a movie and instantly stream is to something like an Xbox 360, Apple TV or other compatible device.

Alternatively there are services that full on sell you a digital movie for a fee that you can then download such as iTunes. This seems like the most viable path moving forward as instead of taking up shelf space with a massive movie collection you’re simply filling up your hardware. But, what’s one to do if they have a massive physical collection but want to easily move it into the cloud?

One route involves ripping them one by one and manually uploading them to your service of choice but Walmart seems to have a simpler method. Starting tomorrow, April 16th Walmart will allow consumers to bring in both DVD and Blu-ray discs that can be added to the online Vudu media service. Unfortunately this isn’t a free process as Walmart will charge $2 to upload a Blu-ray and $5 to upload a DVD but at least you will be getting HD versions, right?

More knowledge on the subject can be acquired from the official press release here.