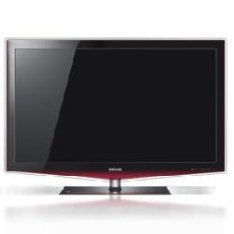 A day like this is one of the rarest of its breed, folks–a day in which I get to talk about a Samsung without reservation or qualifications.

And the target of such unrestrained glee?  Why, nothing less than the Samsung LN55B650.

The picture on this thing is a thing of unrivaled beauty.  It’s like sunrise in the Caribbean.  The colors are spectacular, the motion fluid.  And the sound is just as amazing.  It’s hard to understand how so much good comes in this one single unit.

The Samsung LN55B650 is an absolutely beautiful unit that comes recommended without reservation, without pause, and without preamble.  This is too good a television to pass up on, even though they’re asking twenty eight hundred dollars for it.  It’s worth every penny.