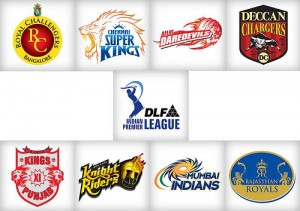 YouTube’s next big step toward profitability is about a month away, folks, as they’ll start streaming live matches from the Indian Premier League of cricket.

As it turns out, YouTube is HUGE in Australia, boasting roughly six million visitors a month, who watch an average of about six videos each per month (thirty five million videos viewed, though they won’t confirm it).  So the idea of showing Indian Premier League cricket matches on a service that’s big with people who actually watch cricket is a smart idea.  It’d be almost like Major League Baseball streaming games on YouTube for us in the States.

This is actually an important first step for YouTube’s drive to profitability–as more and more premium content providers start to see YouTube as more than a ground for videos of kittens and occasionally pirated material, they’ll start thinking, this is an audience we want to see our stuff.  And that’s a reasonable supposition–after all, YouTube pretty much raised Rick Astley’s career from the dead, so why not anything or anybody else?

Rick Astley, in case you don’t follow this sort of thing, is the guy behind the now-infamous “Never Gonna Give You Up”, which became part of a kind of fake video ring called the Rickroll, in which viewers are promised something (a movie trailer, tax secrets, hot naked cheerleaders having a chocolate-syrup pillowfight) and instead, you’re given Rick Astley.  A Rickroll is below.

But the key point here is, YouTube might be coming into its own as a serious video provider.