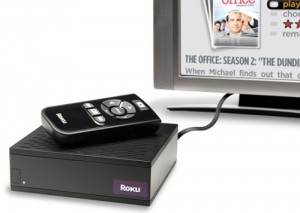 So I read yet another breathless prognostication from a major newspaper–this time the San Jose Mercury News–that posits that discs are being rendered both useless and pointless by the advent of streaming video.

And actually, this time, I may be coming around.  Because remember how I said that an abundance of changes in the landscape were required in order to make any of these predictions come to pass?  Well, since the advent of download stations at video stores like Movie Gallery and Blockbuster, the major problems may have been finally put to rest.

See, I had always maintained that streaming video couldn’t overtake discs without bandwidth limits being graphically raised and Internet speeds being raised to match.  But, even I admit that the thought of centralizing stations for areas that don’t have the capacity to download hadn’t occurred to me.  If the video stores can take up the slack, well, then there really IS nothing to prevent the format wars from going the way of the dodo once and for finally.