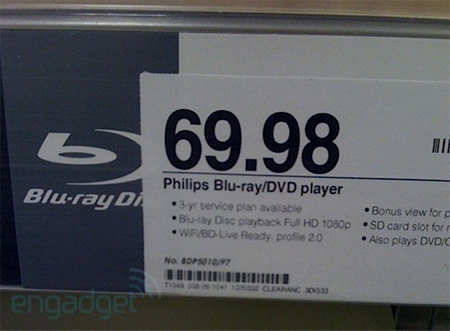 While it was only reported to you earlier today that the Memorex MVDB-2510 Blu-ray player would begin shipping with an MSRP of $269.99, word has come to us that the price has gotten even lower for a limited time.

Where else besides woot.com are there crazy deals like a $139.99 Blu-ray player? No where. That’s right woot!’s deal-of-the-day is the Memorex MVDB-2510 Blu-ray player, priced at just $139.99 making it the cheapest Blu-ray player on the market for today only.

You better act as fast as possible, deals like this are sure to go fast but really, $139.99 for a Blu-ray player. Does it need justification?