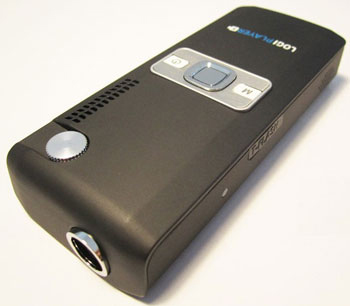 When it comes to a home theater display there are several different options to choose from. Of course there is the traditional television which has various iterations including different resolutions and in some cases even include 3D technology but on the other hand, there are projectors. Projectors aren’t exactly the cheapest devices on the market but they are certainly coming down in price as the years go on.

Luckily, if you’re looking to get an ultra cheap projector now there are definitely options but you’re going to have to sacrifice quality. One such projector is the recently released LogiPlayer Projector from LogiPlayer. This pico projector features a 640 x 480 resolution with 15 ANSI lumens, an A/V jack, mini USB connections and a head phone jack. Additionally, we’ve got a microSD card for additional storage. What makes this projector unique, however, is the fact that it has the ability to display Microsoft documents without ever needing to be connected to the computer.

Priced at $390 the LogiPlayer isn’t the cheapest pico projector, but it certainly has its fair share of unique features.