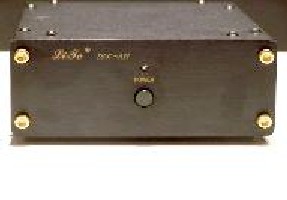 Imagine the scene from a 40s or 50s British black and white movie, say Brief Encounter with Trevor Howard and Celia Johnson. Everyone smoked cigarettes then and you were thought of as very unusual if you did not.

“ I say old chap don’t suppose you’ve got a light have you?”

These days, light is more often than not spelled Lite and tends to be used to denote something that is good for you. Lite foods contain less fat or less sugar than their counterparts. Lite beer has less alcohol. In the case of the LiTe Dac Ah, LiTe must refer to the price. £125 ($250) delivered from Hong Kong to the U.K door to door.

I have owned 5 Dacs (including the LiTe)

The LiTe is a non-oversampling DAC and therefore different from all of the above. It uses 8 Philips TDA 1543 chips, feeding the signal from one chip to the next to correct any errors and is a substitute for over-sampling. No digital filters are used. Non-oversampling DACs are said to have a softer presentation and a more relaxed delivery, basically less digital. I had read good things about them, but the thing that interested me more than anything else was the price. I love a bargain.

The one thing I was apprehensive about was ordering it direct from Hong Kong and whether it would arrive in one piece. I needn’t have worried. In just over a week I got home from work and a plain brown paper package was waiting on the door step. As I started to open I listened for the tell tale noise of loose bits slopping around. I heard nothing. It was very well packed.

The black metal case measures H60xW147xD215mm and is the shape of a cigar box. You can dismantle the box completely should you so desire. It consists of a main chassis with the back, front, top and bottom screwed to it. It was very easy to lift the lid and have a peek inside.

Everything was very neat. I did not scrutinize the quality of the soldering, as I was keen to get the unit plugged in to see if it worked. Exactly why it is “special” is not explained, but I assume that it is of a better quality to previous incarnations. The front panel contains the on/off switch and a blue LED. The rear panel holds the Digital in connections for RCA coaxial and Optical and the RCA analogue outs. There is a switch to select between coaxial or optical digital in. The unit feels well made, if weight is an indicator of quality. 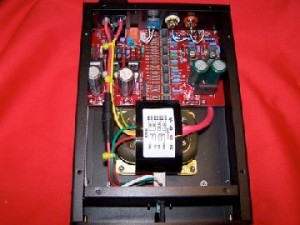 I made all the necessary connections with the digital feed taken from the Cambridge 640C v 2. The digital signal was passed along a Supra PPX cable. I have used this for some years. Said to be a true 75ohms. It is a no nonsense cable at a reasonable price. Very extensive use of this cable and comparisons with other digital cables tell me that it adds very little to the equation. For the analogue connections to my pre-amp I used QED Silver Spiral, from the same stable as the QED Genesis speaker cable I use. The cable was picked up at a show as off-cuts and terminated by me for a fraction of its retail cost. QED Silver Spiral retails for £90 ($180) per metre pair. QED Genesis speaker cable retailed for £30 ($60) per metre. I obtained mine from an audiojumble (gathering) – a bargain.

I like components that allow you to choose your mains cable. The LiTe has an IEC socket so the choice is yours. I chose a Supra LoRad cable that I had made myself, terminated at one end with a Wattgate 320 IEC and the other with a good quality M.K 13A plug. Supra LoRad is a shielded mains cable sold by the metre; or you can buy ready terminated lengths. The shield has a drain wire so that you can connect this to earth.

I was now ready to LiTe up. I hit the on switch and the blue LED came on, a good start. I played a CD and sound came out. Things were looking good. I left the CD on repeat and went away.

I mused to myself “mmm how do you review a DAC?” Pitch it against other DACS? Or the internal DAC of CD players? I decided that a comparison between the oversampled on-board twin Woolfson DACs of the Cambridge 640C v2 was the most appropriate as I could switch easily between the two by connecting the analogue outs of the 640 to my pre-amp. The cable used is a slightly lesser quality Atlas interconnect, but this would make little difference. I also plumbed in the modified DacMagic at one point which made for interesting listening. I will return to that later.

Straight out of the box I liked what I heard from the LiTe. Over a number of weeks I listened extensively to the LiTe DAC Ah and was very impressed with how it sounded for the money. I always considered myself to be a bit of a detail freak. However, when comparing the LiTe to the on-board converter of the Cambridge I found it was warmer, but no less detailed. In fact it allowed for a more relaxed presentation of the music, which made me listen more intently and so I heard more subtle nuances as a result. The Cambridge is a fine performer and has been heaped with many accolades as to “bangs for bucks” and “punches way above its weight” etc etc. However, It could be a little “in your face” in the wrong system.

The LiTe did not mask any of the detail I knew to be on well-known tracks. In fact it was like listening during a rest period, when you are not really giving things your full attention and maybe your mind is wandering………………..(faint sounds of Celia Johnson).

But then, you are made to look up as you suddenly notice something, as if for the first time.

“Violet” by Seal is a masterpiece of construction and one of the cleverest tracks, in my opinion of the last 20 years. If you have never heard it, beg, borrow or steal a copy of Seal’s first album. Produced by the legendary Trevor Horn the track is punctuated by clips from old films which unless your system is up to it can get lost in the mix.

Female : (again in a very clipped british voice) “I’ve got to go to the hospital.

“The guy has taken me in”

Carrying on the theme this track fitted the “brief” exactly. Everything I knew was on the track was portrayed in a very lifelike manner. The high frequency response I would describe as fairly sweet, the low frequency response is not quite as well defined as the Cambridge and perhaps a little looser.

If Lite is a new “buzz word” then “Organic” has got be one of the most overused and (overheard) terms these days. Oh, you’ve got to eat organic vegetables or you will die! Drink organic beers and wines or your liver will implode that much sooner.

However, I think that organic is a good description of the LiTe as it forms a coherent, integral part of the whole. If the music makes sense then most of the battle is won.

Listening to “Somewhere Somebody” by Jennifer Warnes from The Hunter I was struck by fact that I could hear a very life-like dry mouth together with her intakes of breath.

Lene Marlin’s first album is a mish-mash of “made for radio” tracks and some extremely well recorded ones. Track 10 “A Place Nearby” is a very sparse, atmospheric piece where her vocals take on an “eerie” quality and are spookily life-like. The drum programming is extremely effective and one of the occasions where the absence of a real drummer could be forgiven. The LiTe presented this track extremely well, adding body and warmth to great effect. I suppose you could say that the sound has a more analogue quality (if that is not also an over used term these days). 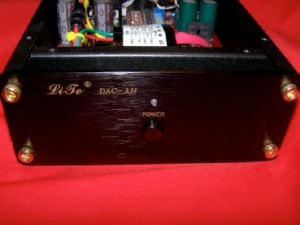 I did not discern through all of the listening I have done that the LiTe’s high or low frequencies were rounded off or that “something was missing”. I feel it might be churlish to make any criticism at all given the price!

Oversampling or Non-Oversampling? Of the DACs I have owned I have to say that the LiTe does it more for me than the others. I briefly plumbed in the modified Cambridge Dac Magic. The modifications cost more than the unit did when first purchased for £150 or $300; the modifications £200/$400 for the parts alone! Up against the LiTe it sounded lifeless and grey. All the colours that I had heard with the LiTe seemed to disappear and the soundstage became flat. It was very uninteresting to listen to and I did not leave it in for very long. I was quite shocked really. 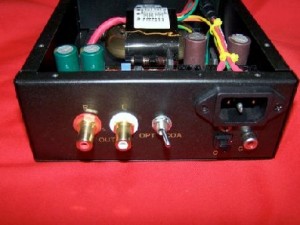 So after a brief encounter with the LiTe DAC Ah did it impress me enough to leave it in my system? The answer is a resounding, yes.
I always feel that the indicators of whether you like a component are:

Brief Encounter is a film that was made backwards. It starts at the ending and then the film takes you back to the start.

“It all started on an ordinary day, in the most ordinary place in the world….”

Critics have said that David Lean’s film was simple, but realistically honest and unsentimental. Much like the LiTe DAC Ah.

The LiTe has stayed plugged into my system for some months now and is a very competent performer. I suppose you could say that it does not bring attention to itself. Being comprised of a fairly utilitarian metal case, it begs the analogy “it does what it says on the tin”!

1 thought on “Review of LiTe DAC-Ah”