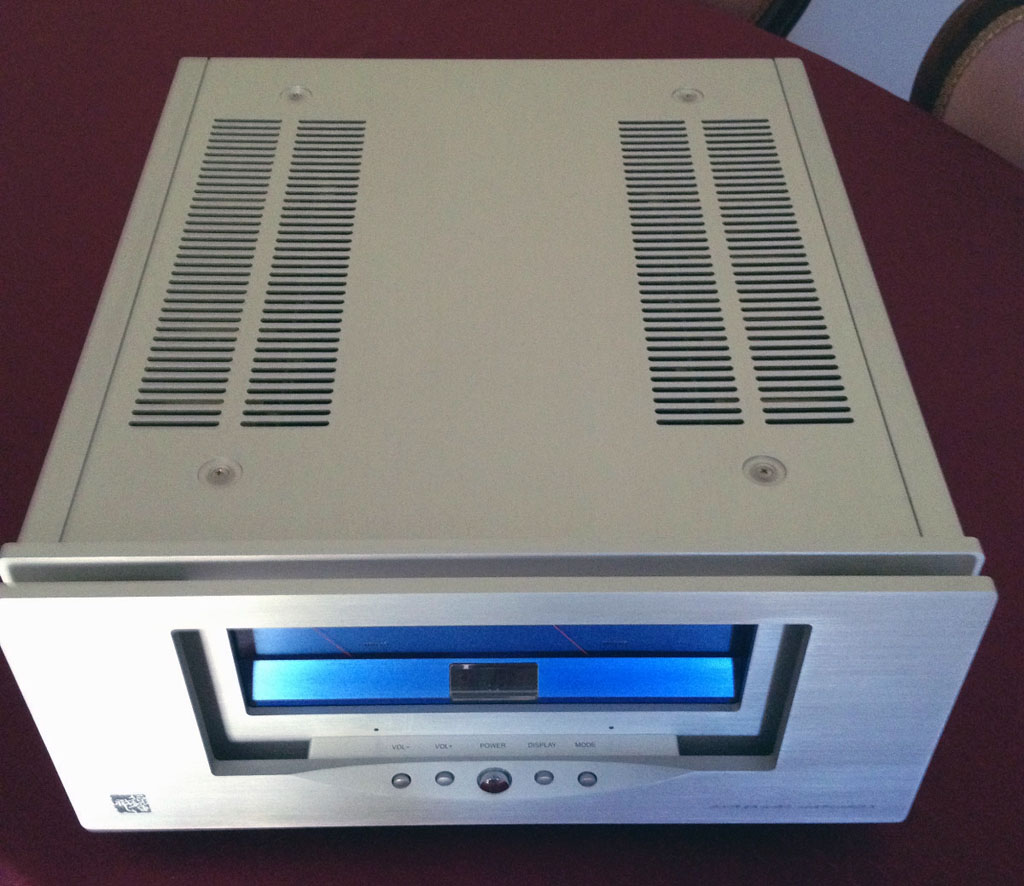 As per last month’s article, I have been spoiled with a two piece system lately from Grant Fidelity of MBS-1 speakers and the Jungson JA88D(09)1 amplifier. These two pieces of equipment work magically together to produce a full, very musical sound, and I am sure part of the reason the MBS-1 speakers sounded so good was because of this class A amplifier. But I wanted to be able to test the JA88D(09) independently of the MBS-1 to be able to get a better overall sense of the amplifier and its sound qualities. With its 64lbs to lug around, I had my work cut out for me.

The Jungson JA88D(09) is a very unique and well constructed amplifier. I remember having a conversation with Ian of Grant Fidelity when he was shipping me the amplifier, and I told him that the front panel of the amplifier sort of reminded me of American company X’s front amplifier panel with the pair of VU meters. His response was that since Jungson was a Chinese company, and Chinese companies electronic or otherwise were cut off from the Western world for some time, many of the designs of reputable Chinese companies are all original and that design similarities are probably just a coincidence. No matter where the design of the JA88D(09) came from, Jungson put a lot of time and money into the R and D and manufacturing as it is a world class amplifier. Starting with the off-set front panel, the JA88D(09) only has five buttons on it (Vol-, Vol+, Power, Display, Mode), plus the two VU meters that can light up “Ocean Blue” on command. There is also a Jungson remote control that comes with the unit that can control a few of the functions of the amplifier (volume, mute, display on/off), but since it is a generic unit that they ship with all of their electronics, most of the buttons don’t do a thing on it, and I found that a little distracting and confusing. But it works, so I’m sure I can’t whine too much. 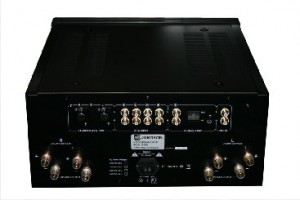 On the back of the amplifier, a full complement of inputs and outputs, phono section included, adorn the black panel with two sets of 5-way speaker terminals per channel (for bi-wiring if wanted) and the standard IEC power plug. Even more impressive is the quality of the connectors and how well they are laid out and marked. The JA88D(09) only has one set of balanced inputs to its five unbalanced inputs, phono included, but I never found a need for more in my time with the amplifier. Also, the single unbalanced output was also adequate and made for a great subwoofer line-out. The volume control on the Jungson is a digitally controlled, stepped unit that has an audible and hardy click when the volume is adjusted up or down. I did not find this noise distracting, and in fact came to like it as I was aware that I had actually changed something on the amplifier. The two numbers on the digital display are input number and volume accordingly and were always easy to read. Since the Jungson is a class A amplifier, I expected a sweet, warm sound, but I needed to figure out where all the heat was going before I fired it up. Upon unpacking, I did notice that there were heat sink fins on the bottom of the unit, as well as cooling slits on most sides of the amplifier. Knowing that this alone could not cool a beast of this nature, I gently peered inside to find 19.5 square feet of pure copper cooling fins! (And if you think I measured, I have better ways to spend my time) With all this copper and after an evening of use, the Jungson JA88D(09) never became overly warm even with its heavy biasing. With this kind of usability and practicality, I was wishing on a star that the Jungson sounded as good as it worked. 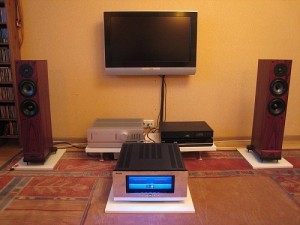 And it did. After playing all the way through my old standby, Saleh’s Be Still My Soul, I knew that I was using an amplifier that could playing anything well. The idea that class A amplifiers have the closest to tube sound without any of the graininess or non-musically usually associated with some solid state electronics is no truer than the Jungson. Track after track and album after album brought a life and warmness to all the music that touched its semiconductors. Josh Turner’s voice on Your Man bellowed low like a man with authority and too many packs of Marlboro’s. The album painted a great sound stage with steel guitar, bass, and mandolin backing Josh’s always centered and powerful voice. The rhythmic flow of his country instruments had my tapping my toes and digging straw out of my boots even before the end of the first track. What the Jungson JA88D(09) does is reproduce music is a beautiful way without a hint of listener fatigue; all without biasing or replacing tubes. With such a great sound and a presence that had me listening all day, I was just a little sad at all the time I had lost listening to some lesser amplifiers in the past. 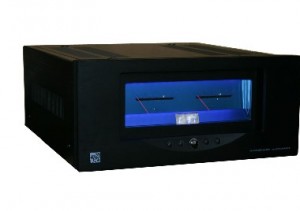 The phono section on the Jungson JA88D(09) is, as you would expect by now, just as good as the rest of the amplifier. It is a solidly built, non-removable modular unit designed off of the JA88D(09) chassis. What this means to the listener is an MM/MC phono stage that was not an afterthought squeezed into an integrated amplifier, but a well implemented way to link any turn-table and speakers. With the Denon spinning vinyl, I listened to quite a few albums, the culmination of them being Miles Davis, Kind of Blue. Letting this spin through, I was taken to worlds of 1959 with highfidelity sounds from this great pressing. While listen to Freddie Freeloader, I was able to just soak up the sound of melodic instruments without feeling like I was missing anything from the original studio experience. The brass was a little more laid back than I had heard from other phono sections, but the music flowed very well with the rest of the instruments for a sound that put me into a music-coma. Like the rest of this amplifier, this is not the end all phono section; but it is worlds better than anything else at this price.

The bottom line on the Jungson JA88D(09) is that it is a very well made amplifier, with well enough class A power for almost anything, and enough inputs, outputs, and other options to keep anyone happy. The construction is solid and its premium parts are fantastic at this price point. Some might like more power than the 80wpc class A into 8 ohms, and for them Jungson offers the JA99D which has 100wpc class A into 8 ohms, double that at 4 ohms (However, I heard a rumor that the JA88D(09) bench tested at +/-120wpc into 8 ohms). Could this be a last amplifier? Possibly for me with everything the JA88D(09) has to offer in its large, all-in-one package. Why buy a phono section, preamplifier, and amplifier when you can just have the Jungson JA88D(09) for less than half the price and all the sound?

from aﬀordableaudio,  By Jake Montzingo