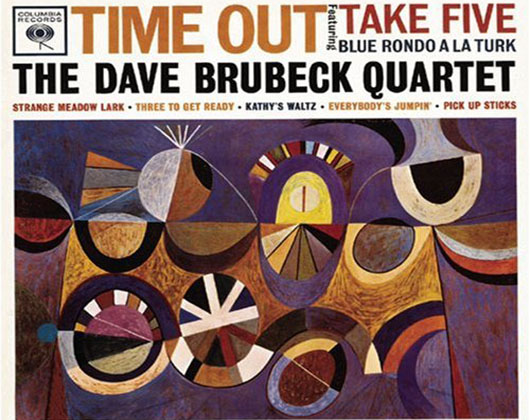 If one reviews a fair amount of music software, it isn’t long before one begins to realize that no matter how good or bad a disc may initially appear, if one takes the time to examine the music or performance, there are often interesting facets of one or the other lurking just beneath the surface. ‘Time Out’ is a case in point; I learned a great deal not only after taking the time to critically listen to the music, but also from reading the accompanying booklet… and the more I read and listened, the more enthralled I became with the album and the experimental processes used at the time of recording.

But don’t assume that either my own journey or the recording experimentation of which I speak has anything to do with this SACD per se, although it is true that in contemporary technology terms standards are fairly high. ‘Time Out’ was originally recorded in 1958 and 1959, long before any type of digital delivery system had even been thought of, let alone invented. Yet, the music on this disc is no less revolutionary in its own special way. Dave Brubeck and the other performing artists on this disc changed the face of “modern” jazz just as surely as Direct Stream Digital and Meridian Lossless Packing are changing our expectations of high-resolution music playback. 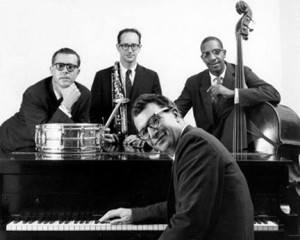 The Dave Brubeck Quartet, in what was something totally new at the time, began using different musical rhythms along with the traditional jazz techniques to forge something quite innovative. When it comes to track five, ‘Kathy’s Waltz’, named in honor of Dave’s little daughter, the music begins to break new ground. Starting with a classic four-time beat, the timing changes to that of a waltz, a transition that, coupled with all the instruments playing at differing rhythms not only changes how the music is heard and understood, but also makes tapping your foot along to the beat almost impossible.

At the time of its original release, the music of ‘Time Out’ was considered unique, but its re-mastering onto SACD isn’t anything out of the ordinary. As you’ll have already gathered, by that I don’t mean the music is bad or unworthy of the format, just that while the transfer is commendable, given the age of the material little of SACD’s potential is taken advantage of. That said, while it is true that the dynamic range may not be as expansive nor the fidelity as detailed as one would expect had the disc been recorded today, the old material holds up remarkably well to close scrutiny.

The soundstage is fairly large and open, allowing you to place all the instruments without having to take a reality leap of faith. Each performer makes his own contribution to the beat, which adds to the undercurrent of change as you listen, developing the music and style. The piano and horn are not as airy or defined as they are from some of the format’s finer recordings, but the talent and emotion of the musicians more than compensates for what the presentation lacks in terms of definition. The bass and drums are well proportioned in relation to the horn and piano with not one single instrument overpowering any other, thereby enabling the individual elements to merge in a sense of harmony and synergy.

Even though the disc is lacking in fidelity terms, the instruments of track six, ‘Everybody’s Jumpin’, gel together to create a listening experience that is not only heard, but felt in your body and soul. The sax leads the way – if any instrument in this work really does the leading – and together the performers make you want to get up and join the music. While at times seemingly subtle and unassuming, the music nevertheless draws you more and more into its tangled web.

‘Take Five’ (track three) is also worth noting on several levels, especially as it is extremely involving and the use of rhythm and tempo has made this particular piece one of the best known on the album.

Although not a hybrid title (the disc cannot be enjoyed in a standard Red-book CD player), the SACD of ‘Time Out’ boasts both stereo and multi-channel options, but just why Columbia bothered with the surround mix is unclear, unlike the revolutionary music, it’s a backward and failed attempt to invigorate what is already a classic album. Right from track one, ‘Blue Rondo A La Turk’, the multi-channel soundstage is compromised and unappealing, with the performance losing all of its shine – especially when compared to the two-channel alternative. This may be in part caused by the huge discrepancy in the volume between the two- and multi-channel mixes, but there are other equally obvious flaws.

Whoever re-mixed the album, clearly with the hope of making it a heart stopping rejuvenated version of the original, fell far short. The idea of moving some of the instruments around into the rear channels, thereby increasing the size of the soundstage and making it easier to pin-point each individual element is sometimes a good one, but in this instance it’s a complete failure, an otherwise classic album is deconstructed to the point where it loses all of its vitality and integration. Music in surround is a good thing, but quite clearly not always…

Aside from the horrible multi-channel mix and the somewhat limited fidelity that can be wholly attributed to the original recording technology, this is an SACD to be respected and is quite deserving of being added to a well-rounded collection. Yes, I have been critical of some facets of the package, but the stereo layer is definitely worth listening to over, and over again, especially as I can almost guarantee that the more you listen the more you will enjoy it. Music that forever changed the face of jazz… 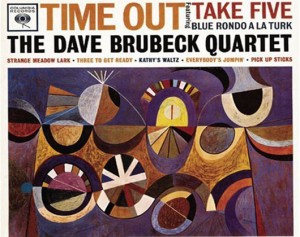