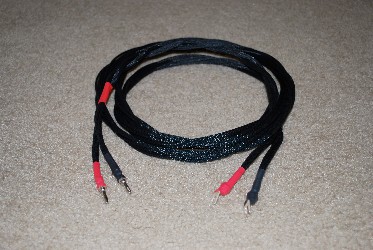 I was very excited when I received an offer to review Clear Day’s newest set of cables, the Double Shotgun Speaker Cable. These cables were my first foray into silver cables, so I was hesitant, but excited. Being an electronics-head, I had always been aware that silver was electrically more conductive than copper by about five percent, but how would that translate into sound? It is impressive knowing that your cables are made from precious metal, but unless the cables give your cloud that silver lining, they ain’t worth jack.

Paul from Clear Day decided to send me a pair of original Shotgun speaker cables with the Double Shotguns for comparison’s sake. Both sets of cables arrived with the assurance of being completely broken in, even though they looked as if they hadn’t been used a day in their lives. Each cable was composed of eight feet of silver wire at multiples of either two or four; Shotgun and Double Shotgun respectively.

I come from a history of cable building, which made me want to review these cables all the more. I love to analyze the quality of build and construction, and to see whether any unique tweaks or tricks have been employed by the builder. From the moment I opened the box, I was blown away by the quality of the cables. Each black, sheathed conductor was run separately out from the termination and twisted together until they met up again at the opposite terminations. The termination configuration of the Double Shotgun cables consisted of spades on the amplifier end and banana plugs on the speaker end. Both connectors were of a very high quality, with their neat solder joints covered in colorcoded heat-shrink. Interestingly, there is also a piece of heat-shrink part way down the cable with the Clear Day logo on it and a directional arrow.

When I asked Paul why his cables were directional, his response was,

“I feel my solid-silver core conductor is virgin until a signal goes down it. Then, at a molecular level, as said signal flows down that conductor, a smoother path is created as the electronic particles flowing have less resistance and or bumps along the way, as when a river erodes and smoothes out rock. Thereby, the end signal reaching the speaker has less distortions and or more natural sonics. Now, if we reverse that cable after the initial path has been created, I feel you may still have decent signal transfer, as the core conductor is still rather good, but not as pure/good as if you had continued to run it in that original direction. Furthermore, my understanding is that all cable wire is extruded. This process causes the metal to fold over itself on the outside, creating anomalies which manifest as drag. Initially, the signal path is slower against this pull or drag.”

His explanation works for me, and the directionality can’t hurt, right? 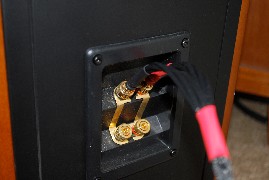 The pair of cables that the Clear Day Double Shotgun replaced were a pair of DIY Canare 4S11s that have been my go-to since I started down that audiophile road. I love them for their solid feel and large conductors, even though I know there are better cables out there; however, not for the price of just over one dollar a foot. Interestingly, the two cables have similarities in that they are both quad conductors in a double twisted design, but differ in that the 4S11 is stranded large gauge copper versus the solid silver conductors of the Double Shotgun. Will the two different conductors yield two different sounds?

When I hooked up the single Shotguns and finally got to listening, the sound was very lively and sounded almost like a wash with my Canare 4S11. The Clear Day cables were a little more detailed and a little more coherent, but left me a little light in the lower bass. The bass was present, but not very punchy, and dropped off a little compared to the higher frequencies. Had I not just listened to the large gauge Canares though, I may not have thought the bass through the single Shotguns was on the lean side.

The single Shotgun speaker cables were only in my system for comparison to the Clear Day Double Shotgun speaker cables. As soon as the big brothers were swapped in, I sat down for another listening session. As soon as I cued up Bram Beekman’s Toccata “200 Years of German Organ Music”, I realized that the Double Shotgun speaker cables were far better than the single Shotgun speaker cables; literally and metaphorically twice the cable that the single Shotguns are. The music was so full and rich that I could not believe my ears. As soon as I heard their sound, I realized that this is what music is supposed to sound like. Highs were clean and detailed, mids were warm and enveloping, and lows were full and powerful. The portrayal of the pipes on the Beekman’s album was greatly moving and aurally pleasing in a way that left me wanting nothing more than a few more tracks on the end of the album. Obviously the quality of the other components in your system play just as large a role, if not more, in sound quality as the cables do, but if your cables do not sound right, the rest of the system won’t either. And with Clear Day’s recent addition of silver XLR interconnects, it looks like they are offering even more great options all the time.

If you want silver in your system, Clear Day Cables should be your first port of call. The sound is great, the price is reasonable, and the build quality is superb. The Double Shotgun really opened up on my system and aurally gave me both barrels. This set of cables is very accurate, rendering a full presentation of the music. No matter what you listen to, Clear Day’s Double Shotgun speaker cables will help it sound at its best; but don’t take my word for it… 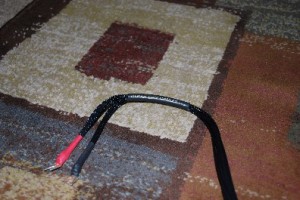 “I would like to thank [Jake] and the Affordable Audio magazine for taking the time to review my cables and couldn’t be happier with your findings. I will be introducing RCA plugs soon that will consist of my silver wire internally, a good dielectric, and both Eichmann Silver and Copper RCA Terminations.”

Reviewer’s Note: I need to thank John Hoffman for blazing the Clear Day Cables trail for me. His review of their speaker cables back in January was a delight to read and very informative to boot.