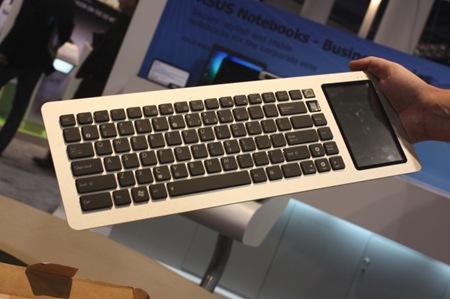 The powerful Asus Eee Keyboard which was scheduled for a May release is now rumored to be released in June. The Eee Keyboard is an all-in-one device which incorporates the power of a single or dual-core Atom processor, 1GB Ram, 16-32BG SSD, Wi-Fi capability, Bluetooth functionality, HDMI port and an integrated 800×480 touch-screen display in its normal Keyboard sized enclosure. As per Engadget Chinese more information will be revealed at the Computex Trade show in June 2009.