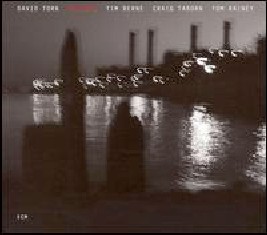 Like many jazz fans, my love for music began with rock. And like many rock fans, my love of rock begat a love of the guitar. It’s an amazing instrument, capable of a wider variety of tonal qualities than any other, with the possible exception of synthesizer. This month I gave a listen to three wildly diverse recordings by jazz guitarists, all released this year, and really liked what I found. Enjoy. 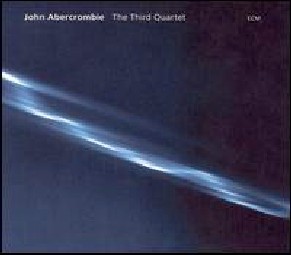 The Third Quartet is a fitting title for the third album John Abercrombie has made with this particular band. I’m not familiar with the group’s two previous recordings, but I remember reading critical raves as far back as 2002’s Cat’n’Mouse. I’ve never known time to do anything but good for a group of improvising musicians, and if the unity of purpose these four exude throughout this recording is any indication, staying together has done them well also.

Abercrombie has been recording with ECM since the mid-‘70s, and has had more of a role than most in defining the spacious, ethereal sound championed by the label. This recording is no exception—even when the band starts to seriously cook (and cook they do on numbers like the setopening “Banshee”), a delicately swinging sense of ease prevails. It took me a few listens to really get how hard everyone is working on this album. This music sounds nice in the background, but you won’t hear everything that’s going on here without paying close attention. What is astonishing is the amount blatant improvisational power these particular musicians are capable of that they restrain in order to bring Abercrombie’s musical vision to life. He may be the most covert bandleader currently in jazz…sounding much of time like a sideman in his own band, the music remains unequivocally his while still offering his bandmates plenty of solo space. At first blush, The Third Quartet sounds like a Mark Feldman record…his violin is the most prominent solo voice. Joey Baron’s drums are a close second. Forget, however, anything you may currently believe about these musicians avantgarde leanings (both have been prominent fixtures in the downtown Manhattan experimental music scene), playing here isn’t lean and mean as much as it is subservient to a common agenda: Feldman’s tone is gorgeous, sounding at times like a folk fiddler, and while Baron still brings the sense of exuberant fun he brings to every session he plays, it is done here much more subtly than usual.

Feldman’s contribution would probably make this a very good album for fans of classical music who would like to take a stab at jazz. It shares the high production values of most ECM releases, but the real showpiece are the amazing performances hidden just beneath the surface. Slowly revealing themselves with each listen, this is an album that will continue to show its merits every time it’s played. Recommended.

…and now for something completely different. David Torn has made his living over the past 30 years as film composer, record producer and sideman for artists as diverse as David Bowie, Jeff Beck, Ryuichi Sakamoto, David Sylvian, Jan Garbarek, and others; garnering a Grammy nomination an\releasing several solo albums along the way (both under his name and as Splattercell). He has developed a completely unique approach to the guitar, using a variety of alternative techniques & manipulations (both mechanical and electronic), and while he has been a student of both Leonard Bernstein and John Abercrombie, his music sounds nothing like theirs, nor probably like any you’ve ever heard.

The music on presenz was originally recorded in 2005…a freely improvised studio date with Torn and downtown Manhattan avant-gardists Tim Berne, Tom Rainey, and Craig Taborn (who perform and record regularly as the trio Hard Cell). Torn then used the recorded music as raw material for extensive electronic tinkering, creating an assaultive sonic collage that has little in common with the so-called “ECM sound”. Some performances were reshaped in subtle ways: lengthening certain sections or emphasizing one part over another; on other tracks Torn constructed entirely new musical soundscapes, with only momentary bits of the original session remaining.

What results dense amalgam of schizophrenic textures, electronic ambience, and urban noise…miraculously held together with a film composer’s sense of continuity and narrative flow. While the overall mood of presenz is dark, disturbing, and abstract, there are enough funky, hard-rocking grooves interspersed throughout to make this a genuinely fun record. Deep beneath the stew of saxophone squalls, electronic gurgles, and incendiary guitar distortion, I hear true American music…perhaps what the blues might have sounded like had it been invented, not from the field hollers and guitar strumming of rural cotton pickers, but by modern-day urban factory workers who create music after hours on laptop computers kluged together from spare parts. There is an emotional honesty here, filtered though it is through a modern, dystopian world view. To me, Torn has made a profound musical commentary on modern life, technology, and a DIY approach to art-making. Highly recommended to the non-squeamish, presenz is on my short list of the best releases in 2007. 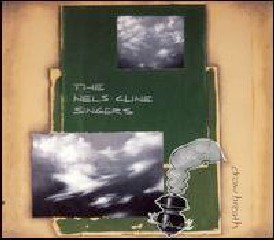 Nels Cline has been getting a lot of press of late, due to his (relatively) recent appointment to the lead-guitar chair of alternative/pop/country/rock band Wilco. Of course, having been named one of 2007’s “top 20 guitar gods” by Rolling Stone and “a genius” by Guitar Player magazine doesn’t hurt. Fact is, Cline (who turned 50 last year) has been active in left-coast experimental music circles since the late ‘70s, and has recorded more than 20 albums under his own name.

Completely self-taught, Cline occupies a musical universe all his own. Equal parts avant-garde jazz intelligence, blues-informed sensitivity, and postpunk bombast, he mixes and distorts genres in ways that would make no sense at all if he weren’t one of the greatest virtuosi the six strings have seen in a long time. The ironically-named Nels Cline Singers is his working trio (the irony fully revealed by the title of their 2002 debut: Instrumen tals), and is the best place these days to hear the full, untethered force of Cline’s music (although I hear that Wilco’s live shows are pretty great).

Draw Breath may well have something for everybody: opening with the emotionally resonant, dirge-tempoed “Caved-In Heart Blues” and closing with the evocative, abstract “Squirrel of God”, the Singers soar to disparate heights of beauty and fury throughout. My favorite tracks are the lengthiest: “An Evening at Pops’” is dedicated to drummer Scott Amendola whose nickname is Pops, but who also recently became a father. I’m not sure what to make of his take on fatherhood…the stylistically sprawling track sounds as often like early Black Sabbath as late John Coltrane (if Coltrane had played a fuzz-tone Strat instead of tenor sax) suggesting that the new parents may be having something of a rough go of it. Also “Mixed Message”, clocking in at just under 15 minutes, runs the gamut from John McGlaughlin-esque avantjamming, to a throbbing bass solo drenched in electronics effects, to propulsive guitar-driven rock. Catching the listener completely off guard in the high-energy din that makes up most of the record are a pair of gorgeous, lyrical acoustic ballads, “Recognize I” and “Recognize II”, each dedicated to one of Cline’s parents.

Overall, this is a seriously fun session, hitting the market at a good time in Cline’s career. With his Wilco “day job” now paying the bills, I expect we can look forward to great things from him for a long time to come.