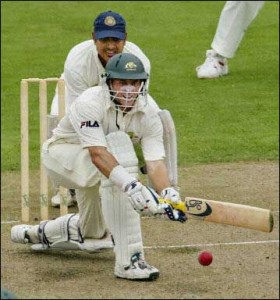 Okay, so it’s not exactly going to be the game changer of 2010, but it’s plenty of reason that Direct TV and NFL Sunday Ticket and such should be wetting themselves in unabashed horror.

Now, cricket isn’t exactly the most popular sport on earth.  And certainly, the NFL probably doesn’t have much to fear from this development, but what it is is something downright insidious that should have the cable companies terrified.

It’s called “proof of concept”.  If YouTube can show that people would be willing to watch sporting events on a YouTube window, then YouTube will be able to take that position to the NBA, Major League Baseball, and yes, the NFL.  If YouTube can make a better offer–and for the sheer number of sports home viewers out there, it’s no small pot–then the networks and cable stations will be left high and dry.