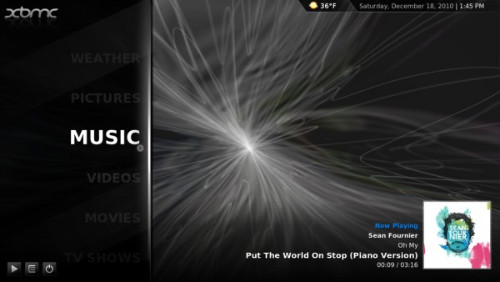 What started out as a mod for Microsoft’s Xbox home video game console has quickly turned into a fledging media center operating system. I’m of course talking about none other than XBMC. Fans of the platform will be happy to hear that version 10.0 otherwise known as Dharma is now available for download to the public. This new update brings with it a whole bunch of new features included an improved user interface, hardware acceleration for all platforms, touch support for Windows and much, much more.

In terms of platforms that XBMC will run on, we’re looking at Windows, Mac, Linux and curiously the original Apple TV. Could this pose a threat to the new Apple TV and even Google TV? We’ll have to wait and see.

Check out the rest of the changes and improvements in XBMC 10.0 here.