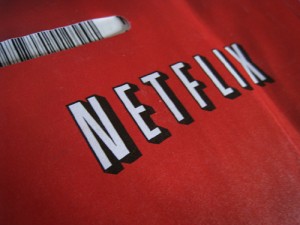 If you believe the crew out at the Washington Post–and frankly, there’s not much of a reason to NOT believe them!–if Netflix actually goes through with its planned thirty day embargo on new release titles (in which no title will be available on Netflix until thirty days after its original release date), movie piracy will see a meteoric rise and will run amok on a heretofore unprecedented scale.

The following IS A QUOTE:

Here’s what this will do: It may drive sales of DVDs a bit short term. But soon, online movie piracy will pick up to new heights. If the movie studios have nightmares about piracy now, their reality will be truly terrifying with this plan in place.

See, what the Post figures is that if people have to wait thirty days, they will use the piracy angle to get their hands on the movies they want out of sheer convenience.  Right now, people have legal angles to get most of what they want mostly when they want it.  But if that legal angle is eliminated, it will not destroy the demand…but rather change the location of the supply.

People will not sit idly by and wait out the thirty day embargo.  Nor will they inconvenience themselves by hitting legal sources, not in any large numbers, anyway.  They will instead bootleg like righteous mad bastards and get what they had before–what they want, when they want it.

And in all honesty, I believe them.  Demand won’t go away because Netflix doesn’t have the stuff people want.