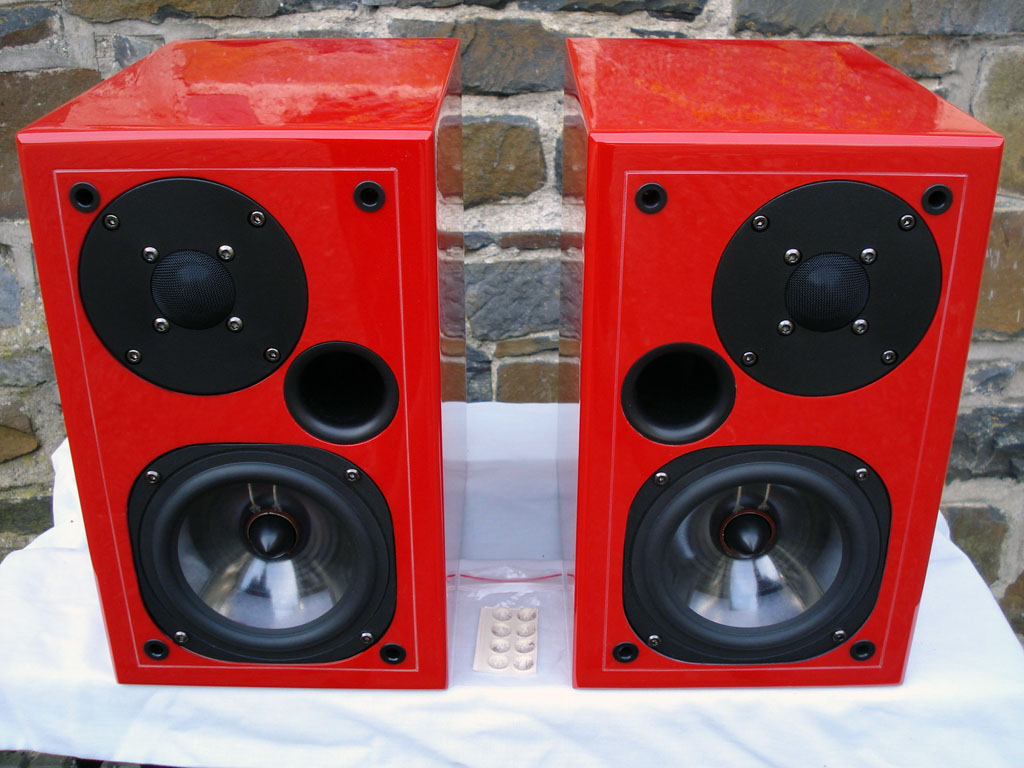 The Usher S520 is a nice high quality bookshelf monitor that is manufactured in Taiwan. These speakers were designed by Ushers’s Tsai Lien Shui, in collaboration with Dr. Joseph D’Appolito, who is based in the United States. This modestly priced speaker caught my eye when I was looking for a high quality speaker to audition that is a little out of the ordinary. By that I mean a speaker that is not available everywhere, which will reward the discerning listener for the extra effort required to find a stocking dealer. Fortunately I was able to locate a dealer close to Seattle and was able to secure a pair for an extended visit.

The $400.00 S520 is a bi-wire capable, front ported two way mini monitor consisting of a 1 inch silk domed tweeter and a 5 inch polypropylene woofer. Sensitivity is rated 86 db for one watt at one meter, frequency response is 55Hz – 20Khz + or – 3db and impedance is nominally rated at 8 ohms. The crossover point is 2 Khz and power handling is rated at 50 watts. The speakers come in a variety of finishes, natural Birch veneer, matte black, gloss black, gloss white, gloss red, gloss yellow and gloss metallic silver. The fit and finish is incredible for such a modestly priced speaker, not quite up to Wilson standards but very nice indeed, especially at this price point. 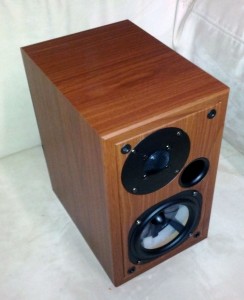 To get the most out of the Ushers there are several things that must be noted, first and foremost is that these speakers fresh out of the box sound a little bright and hard. Expect to play these for several days before the drivers start to breakin and sound softens up, they will take the next several weeks of daily use before they are fully broken in. Additionally listen to the speakers with the grills off, this will really open up the soundstage and let the details of the music flow more naturally. The performance of these speakers will benefit greatly from bi-wiring and I recommend that you utilize good bi-wire speaker cables with these speakers to really hear how well they will perform.

After sufficient break-in in my bedroom system I used the Usher S520’s in my reference system consisting of an Audio Research SP16 preamplifier, Conrad Johnson MV-60SE Amplifier, Primare D30.2 CD Player and VPI HW-19 MkIV turntable. I am presently using Discovery Essence interconnects and Zebra Cables ZC-SP14DBI bi-wire speaker cables. For the A, B speaker comparisons I used my reference Paradigm S2 Monitors mounted on their Target lead and sand filled speaker stands. I set up both speakers equidistant to the listening position and toed in slightly 16 inches from the sidewalls and 38 inches from the rear wall. I mounted the S-520’s on a set of 24 inch high Plateau lead and sand filled speaker stands for the duration of my listening sessions in my 18’ X 15’ X 7.5’ listening room.

To say I was pleasantly surprised by the little Ushers would be an understatement they were always musical and involving. The quality of recorded source material was always conveyed whether it was good or bad. 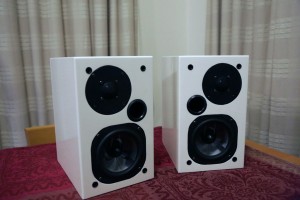 Comparing these little guys to the Paridigm S2 monitors is really not fair but I placed Diana Kralls jazz CD Love Scenes into the CD Player and played track 2 “Peel Me a Grape” to gain a reference. This CD is an intimate recording, just Krall on piano Russsell Malone on guitar and Christian McBride on bass. With this type of music you can really the differences between good and excellent speakers. The Ushers simply sounded fantastic even when compared to the Paradigms, Krall’s voice lost some of the sensuality and presence perhaps, but McBride’s bass was full and musical. For instance on track 7 “I Don’t Stand a Ghost Of A Chance With You” Krall is accompanied only by Russell Malone on guitar. Malone’s guitar sounded palpable and immediate, the plucked notes and chord strums were there convincing and dynamic. Krall’s voice sounded smooth, breathy and intimate just like it should. The Paradigms are much more efficient, go lower and are much more revealing; that said the little Ushers really sound quite good with top flight gear and never disappointed me once during the review process.

Since I knew that the Usher S520 speakers sounded excellent with well recorded jazz vocals I decided to step up the pace a bit and played the Pink Floyd CD Dark Side Of The Moon, first up was track number 5 “Money”. The little

Ushers really rocked the bass was solid and actually sounded like the way bass notes should. In other words these speakers did not exhibit the amorphous bloated bottom end that so many mass market speakers call bass response. Gilmour’s guitar screamed, the drums were substantial and well defined and the vocals remained clear even when played back at what some would call excessive volume. Next I played track 3 “Time”, it starts out slowly with the ticking and ringing of several clocks that give way to low bass notes, percussion and keyboards. All of these instruments are presented as they should be providing a solid foundation of music to build on, add Gilmour’s guitar and vocals intermixed with several female vocalists and you have a musical masterpiece of the highest order. The Usher S-520s never missed a beat providing a clear sonic picture of the performance. 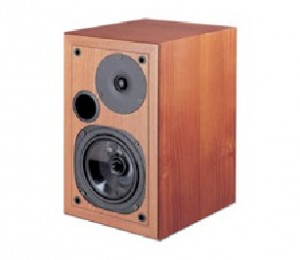 One of my favorite recordings is on the Dire Straits CD Brothers in Arms, track 6 “Ride Across the River”. There is a lot going on in this recording; percussive elements, keyboards, guitar, drums and bass. On poor sounding speakers many of the subtleties are lost and the sound becomes like a cacophony. You miss the insect noises, the drums and delicacies of the melody. To hear even more of the detail I switched to my Discovery Essential speaker cables, good speakers will reveal even minute system changes and once again the Ushers did not disappoint. The sound became more detailed, clear and concise. The bass response improved as did the immediacy and palpability of Knopfler’s guitar and vocals.

I recently picked up the Led Zeppelin CD Mothership, this compilation is re-mastered and produced by Jimmy Page. For Led Zeppelin fans this is a superb two disc set containing most of their greatest hits. The sonic quality is first rate these tracks in no way resemble those on the nasty bright sounding CDs from the early eighties. I played track 3 “Dazed And Confused” from disc number one. Robert Plant’s voice wailed front and center, Jimmy Pages guitar cut through the soundstage filling the area left to right during his guitar solo. John Bonham’s drums seemed bigger than life extending from one edge of the soundstage to the other. John Paul Jone’s bass was tight and dynamic placed just left of center in the soundstage. The sonic tour de force that was Led Zeppelin was alive in my listening room, at least until my wife came home.

Overall when compared to the Paradigm S2 Monitors the Ushers lacked air and sparkle up top. They also lacked heft and dynamics down low. The quality of the performance was always quite good just not as detailed and accurate as the Paradigms. The Paradigms were warmer, more engaging and overall a more enjoyable speaker to listen to. Which at six time the price they ought to!

It turns out the Usher S520 speakers are quite versatile and I had a great deal of fun using these speakers with various small amps in my bedroom system. Although these are not overly efficient speakers, I was able to obtain admirable results even when using the Trends Audio TA10.1 Class T amplifier or the S.E.T. Baby Sophia tube amplifier with the Ushers. Both are rated @ 10 watts into 8 Ohms and at moderate volumes with choice source material the sound was simply sublime, especially once the Ushers were fully broken-in. With my 38 watt Rega Brio 2000 integrated the Ushers could really get up and boogie with music as diverse as Cannonball Adderly, Earth Wind and Fire and the aforementioned Led Zeppelin. 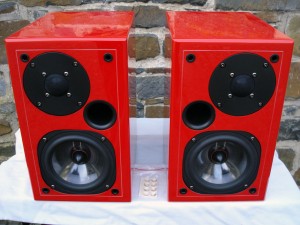 Often when I discuss our hobby with people I meet at social events, they will tout their brand name big box store components assuming that they have purchased wisely. This anonymous little speaker system is one of those products that should be touted at social functions they look great, sound great and actually let you feel the music when played at healthy volume levels. If these were produced by the mass market manufacturers you would be paying twice the price based on their market research information. No matter what your taste in music the Usher S520 loudspeakers will continue to surprise you. Classical, jazz and rock music all sound great through these, especially when paired with quality amplification and source components. In short these are very fine speakers for $400.00. I liked them so much I bought the pair!