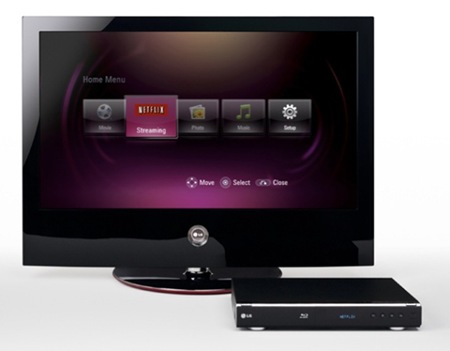 LG, bringing Life’s Good, is again in news for adding YouTube and CinemaNow to its upcoming Blu-ray players. You can watch out for such Blu-ray players at the upcoming CES in 2009. All these models will be featuring Netflix streaming along with additional content from CinemaNow and YouTube.

This is considered as a smart move from LG to attract users towards its new Blu-ray players. Considered as an advanced version of DVD players, these Blu-ray players let you play Blu-ray discs along with HD content from sources like CinemaNow, YouTube and Netflix.

The new LG Blu-ray players with YouTube and CinemaNow will come with a familiar remote control eliminating any need for Media Center PC, Xbox 360 Extender and similar things. The price of these unique players will be disclosed soon in 2009.