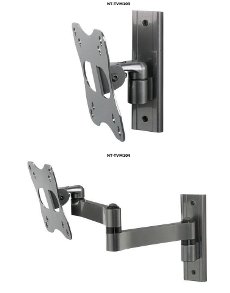 Milestone AV Technologies has issued a recall on some 140,000 LCD TV wall mounts which can reportedly crack once 26” and larger televisions with DVD players are placed. The TV can fall from the wall mount and lead to serious injuries.

Milestone is aware of 28 incidents in which the mount has cracked and the television has fallen from its mount. No injuries have been reported.

The mounts were made in China and were sold at Best Buy Stores from June, 2007 up to December, 2008. Consumers should immediately stop using the wall mounts and contact Milestone to receive a free repair kit.