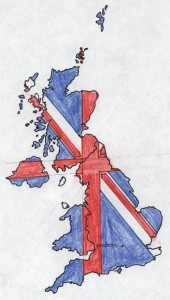 I can hardly believe it either, but the sheer impossibility of it all does not preclude it from being true.

What is this startling new development of which I speak? Simple,  yet terrifying– television is no longer the primary advertising medium of Great Britain.

It’s been replaced by the Internet.

Of course, in this study, the weight of market share is somewhat affected by the fact that the BBC is entirely advertising free ( at least for now) which in turn drives down the average, but thanks to the growing English trend of online shopping, advertising based on searches and Google has been driven upward.

The implications are staggering– while the world’s biggest market still relies on television over the Internet for advertising by a factor of almost four to one, the growing foothold in Great Britain suggest that advertising via the Internet may be the primary marketing medium within the next five to ten years.