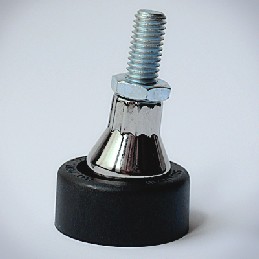 So, you’re sitting at home listening to your latest musical love and browsing a brand new issue of Hi-Fi for Insomniacs as the sun slowly rises above the greying neighbourhood chimneys. The emptying whiskey bottle, or coffee pot if that’s your poison, sits nearby, and the lines under your eyes betray the turmoil within your mind. Something isn’t quite right. The sound of the machine is wrong and you can’t tell how or why. It gnaws at you, diminishing the pleasure that is listening to music. and making your little audiophile world just a bit more uncomfortable. A normal person would let the moment pass, safe in the knowledge that it’ll be all right tomorrow, but you won’t let go. You reach for the credit card…

It’s happened to most of us, or so I’m told. Not me of course, I just listen to the music, bathe in the glow of aging tubes and up-to-date transistors, and add to my record collection. Occasionally I might attempt an affordable upgrade or consider changing a component that no longer satisfies my ears, but generally I’m happy with the kit I’ve assembled over the past decade. No longer the eager perusal of the music direct catalogue whenever their weekly newsletter arrives on our desktop, and no more lusting after the latest upgrade for the Isotonic PL54B Intercontinental Valve Loudspeaker with adjustable coffee filter and beryllium hat-stand. I mean, there’s no point in emptying my bank account to buy the upgrade if I don’t have the original. Is there? 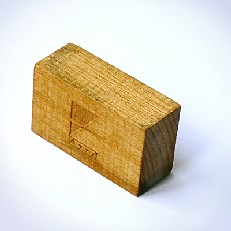 I use the term affordable upgrade very loosely. Just what is affordable, and what is an upgrade? In my case affordable equates to the few pounds I carry around for daily business, the money I require to buy the basics we need for life, such as bread, milk, a few bottles of Australian Shiraz, and the occasional CD. My better half might quibble when I say the occasional CD as I seem to be getting more and more addicted to the purchase of silver discs. I simply glance at a review of the latest female jazz diva, or hear a chord or two from another Keith Jarrett wannabe on WBGO and it’s added to my list of must have music. But enough of my problems, I’m sure you have plenty of your own, such as the conviction that your system could sound better with judicious, and inexpensive, upgrading.

I think we all feel the need to tweak, although it might be a better hi-fi world if we could stop playing with cables, plugs and mystical liquids, and just sit and listen. But we either won’t or can’t. In some way it adds to the fun, and there are some extremely affordable, (that word again), things we can do that do add to the enjoyment we get from our hi-fi.

Let’s look at support. Over the last few years I’ve added small pieces of wood to my system in the form of oak prisms and blocks under each piece of equipment. Russ Andrews, the distributor of Kimber Kabel in the UK, has long championed the humble oak cone, and as a user of said Kimber wire, or should that be kabel, I thought I’d join the throng of happy forest loving folk. I actually found an inexpensive source of cones and prisms on ebay and paid as little as $6 or $7 for each set of three. You can either place them point-up under your amp or CD player, or use two or three drops of superglue, and they work a treat. The results are subtle but worthwhile, with a little more definition, a lessening of any edginess, and a slightly more open sound.

That might have been that, but then I heard some interesting noises about Ayre myrtle wood blocks. These are actually made for Ayre by Cardas Cable using the famous Golden Ratio. (Check out the Cardas website for the history of Golden Ratio. It’s fascinating if not entirely understandable, at least not to me). Three of these blocks cost about $20 dollars, and Jack at the Audio Salon in Glasgow promised me that an extraordinary change would come over my listening experience. Boy, was he right! I placed them under my Micromega Minium amp and the effect was little short of dazzling. I was listening to the matching CD player, and the sound opened out considerably. It really was a delight. Digital took on almost analogue qualities, with extra air and space around each note, and a slight deepening of the sound stage. It really was more musical. I suggest that everyone get a handful of these magical little sticks and pop them under each piece of your music making equipment . But be warned, I’ve been trying them under my Philips DVD 963SA and I’m not sure it’s a happy combination. I’d be inclined to try them under one box at a time. Start with the amp and then, when you’ve been stunned by the difference, try them under something else. At a few dollars apiece what have you got to lose? Apart from your sanity of course, but if the search for hi-fidelity sound is your hobby, then that probably went years ago.

If wood doesn’t work for you, there’s an alternative in bright, shiny metal. My equipment sits on a venerable tubular steel tripod table. It has four wooden shelves, and was popular in the old days when disciples believed the Linn Sondek was produced by a Norse god. Of course, steel is frowned upon nowadays by audiophiles, but it looks all right, works pretty well and didn’t cost the earth. The whole thing sits on adjustable spikes; or rather it did until I discovered a Norwegian product, Soundcare SuperSpikes. These are not entirely dissimilar to Nordost Pulsar Points, but they cost a lot less at about $50 for four standard spikes. They come in a variety of thread sizes, and there’s also a self-adhesive model available. The 5mm rounded tip sits in a crater within an enclosed foot, and each piece can take a load of up to 400kg, (so, they’ll take the weight of a very small Krell amp, but only if you’re careful). They look quite smart. Our apartment has a wonderfully uneven parquet floor, (is there any other kind), and they do a good job of keeping the rack quiet. No chatter, no wobble, and no marks on the wood below. You can blow the family savings on a titanium version, although as that might lead to the divorce courts, and then to your losing visiting rights to the family pooch, I would think very carefully before taking that route to audio nirvana. They appear to be very well made and are terrific value, and I’m not just saying that out of loyalty to my wife’s mother country. You can even, if you wish, simply unscrew the feet beneath your amp or CD player and replace them with the appropriate SuperSpike, What’s not to love about them? 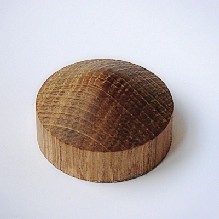 On a final support note, don’t neglect your turntable. For the past 15 years I’ve simply placed whatever Rega I happened to have atop of the aforementioned tripod stand, and let it play. It’s well known that Rega’s prefer to be wall mounted, but somehow I never got around to it, and that was a mistake. I now have a Thorens TD124 which I’m slowly getting to know. I’ve lately bought, again through ebay, a set of replacement suspension mushrooms and fitted them to the deck. Let me tell you, if you have a 124 and you haven’t got the mushrooms in place then you may as well place the Thorens in the nearest bin and concentrate on listening to AM radio. It’s a revelation. The motor noise that I’d learned too live with is gone. Completely. The sound is of a whole magnitude better, both top and bottom ends are clearer and cleaner. And all for about $40.

Getting properly supported is easy and affordable. There are numerous alternatives available at your local dealer, on the web, and probably in your workroom. I strongly suggest you try some out. But take my advice and start with some myrtle blocks. You won’t regret becoming a wood lover, and that’s a promise.

Tags: affordable, Do It Yourself, sound tuning, upgrade