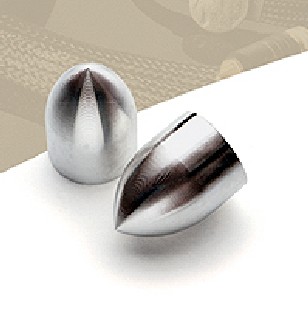 Tweaking by definition is a quest to find the absolute final missing increment of quality sound that can be wrung out of any component. The first tweek I ever bought was the Monster Cable Discus that acted like a weight on top of a cd while inside of a player. All I ever got out of it was a thinner wallet and a repair bill to fix the grabbing mechanism on my HK HD500 player. Therefore, it is with significant suspicion when I look into any tweaking product.

This past spring I received an email from a reader asking my opinion of the Totem Acoustic Beaks. Being rather ignorant of the conical cylinders I decided to search thru the forum archives of AudioKarma. Sure enough, there were several posts regarding the general concept of conical sound improvement. It wasn’t a heated debate, instead it was closer to an honest examination of the potential benefits.

My curiosity aroused, I contacted Nico Bruzzese at Totem, and a few days later a box of four Beaks arrived for review. Described as tuning pods, each beak is approximately 2.5 inches tall, with a 1.5 inch diameter. The best description I can come up with is they look like a nose cone to a fighter jet. The lower .75 is smooth, while the upper section is grooved, like a very fine screw thread. Turning the beak upside-down yields a surprising look. The first .35 of an inch is milled smooth. Then comes an internal flange, followed by an inverse conical with similar grooves as on the outside. This hollowing goes in only for the first inch, above that is solid metal.

The Theory (from Totem)

The Beak was developed to control parasitic vibrations that occur on top of a speaker cabinet. These resonances negatively impact speaker performance, specifically the lobbing action in tweeters. Placing a Beak on any speaker helps to control vibration, provides and reduces interaction between speaker, tweeter and enclosure. Much thought and a year of research were poured into the development of the Beak. Its precisely defined contour was carefully designed and requires extremely accurate fabrication. If any of its properties were altered, it would impact the flux created within and render the unit ineffective

The Beak is precision milled in a strictly prescribed form. The shape controls cabinet resonance ad vibration. The Beak acts as a channel for these vibrations, moving through its cavity to the discharge point on top. Like the beak on a bird or whale channels sound, this Beak channels the negative effects of cabinet vibration. Hence, its shape and name.

The placement of the Totem Acoustic ‘Beak’ on a smaller speaker is usually towards the outer front or rear corner of a speaker. Fine tuning the location through experimentation is the key to find the best location to maximize imaging, extension, and musical impression. A pair of Beaks can be used on each speaker for improved results.

I next selected one song that I could listen to for long periods of time without fatiguing. I wanted something that demonstrates a natural spaciousness along with a variety of sounds. After flipping through my cd’s I settled on Aja by Steely Dan. I then listened to the song to get a base auditory reading. Surprising myself, I immediately went to the directions to inquire as to proper placement. Accordingly, I placed the first two Beaks on the cabinet. The second two I placed adjacent to the first. Now came the hard/patient part, listening critically over and over as I moved the pods ever-so slightly to find the best result.

After a couple of hours, I found what believed to be the “sweet spot”. I measured the distances from the edges, then took the beaks off and listened again. I found a small, but noticeable difference in the spaciousness of the imaging. The Beaks seem to push out the soundstage. I noted the difference down and took respite from the tuning.

A few days later, I tried some Aaron Copeland’s classical work Rodeo. The sound difference was slightly more dramatic than with Steely Dan. The various instruments spread an even wider and higher stage presence. The Beaks do offer some type of “tuning” presence. Not dramatic, but noticeable all the same. 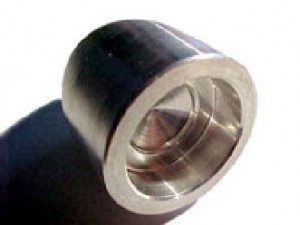 Sometime later, I went thru the same process with a pair of Era Design 4 speakers (review in the next issue). The beaks brought out an airiness. This was quite apparent while listening to Spyro Gyra’s Freetime. The soared a bit more and pushed out into the room. Listening was absolutely fun, period.

Having heard a difference, I went in search of scientific proof that would back up the basic principles of conical sound absorbtion/ transmission. I did find one such article backing up the principal of Beaks. However, while creating more space on my hard drive, I managed to trash the download. Since then, I have failed in my attempts to locate the research. Publishers note: I did find several sites with the same paragraph quotation below.

“The high frequency difference when using the ‘Beak’ is measurable and quite apparent. The tweeter generally has better linearity in the 15K Hz to 20K Hz range (by as much as 1.5dB). Therefore better staging and imaging occurs in the crucial crossover point, the 1 to 2.5 dB. Dip can be alleviated by as much as 1.5 dB. The outcome, better harmony between woofer and tweeter, resulting in enhanced speed, impact and transients.”

Audio is full of all sorts of claims, after all, everyone’s hearing is slightly different. The Beaks do work in my opinion. The difference, though not great, does exist. The key is quality music, a significant amount of patience, and a desire to truly listen to the music in a scientific manner. It is important that once the optimum location is found, to measure for proper placement. I can testify that during the normal course of a couple of weeks the beaks will get bumped, moved, or nudged in some fashion. For just $100 per pair, the Beaks are well worth a tryout. Considering that most speaker cables run into several hundred dollars, the investment in a pair of Beaks seems easy in comparison.