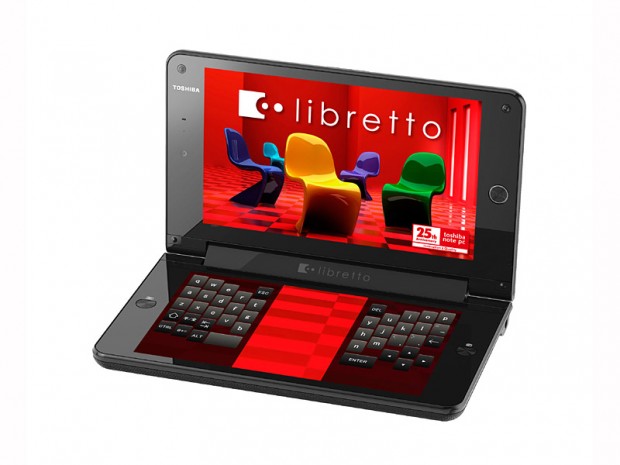 Toshiba has recently unveiled a new tablet with two touch screens called the Libretto W100. This device is packing dual 7-inch multi-touch displays, 1,024?600 resolution and LED backlighting for both. However, the tablet does not have an actual, plastic keyboard but provides a virtual one with haptic response instead.

So obviously, Toshiba took the opportunity to boast concerning this mini-notebook, claiming that it’s the first dual touch screen tablet that the world has ever seen. The Libretto W100 is 202 X 123 X 25 in size and has a weight of 699g, which includes the battery. It’s also equipped with an internal accelerometer that allows the user to operate it horizontally and vertically. Furthermore, it can used as an e-reader as well. However, a standard battery only lasts for two hours while high capacity batteries can run up to four hours with this tablet.

Other features of the Libretto W100 include Intel Pentium U5400 CPU, 62GB SSD, 2GB RAM, WiMAX, Bluetooth, Wi-Fi, MicroSD/SDHC card slot, USB port, 1MP CMOS web cam and Windows 7 Premium 32bit. The device will be released in Japan for $1,320 at the end of August while a limited number of copies will be available at select retail stores later this summer. Click here to watch a video presentation of the Libretto W100 by Toshiba.