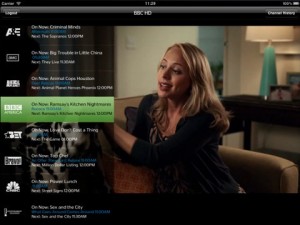 We have reported on Time Warner Cable before, and the problems it has been having with getting channels. One in particular is Fox, but there is more channels added.

In fact, there are about 24 new ones added, sixteen of them are immediately available to all customers, with three local channels only available to users in the Austin and New York markets.

The channels that were added are news stations such as CNN, C-SPAN, and MSNBC, not to mention the Food Network and the Travel Channel. There are more coming tomorrow that include Hallmark Movie, Sprout, Bloomberg, Current, and TruTV.

Too bad about the immediate removal of 11 of its channels due to the legal pressure from Viacom, News Corp, and Discovery. I guess it really is difficult to get cable TV on the iPad. The App is still pretty cool at over 300,000 downloads, not to mention the subscribers of Time Warner Cable’s TV and Internet services being able to watch live TV on a Wi-Fi network.