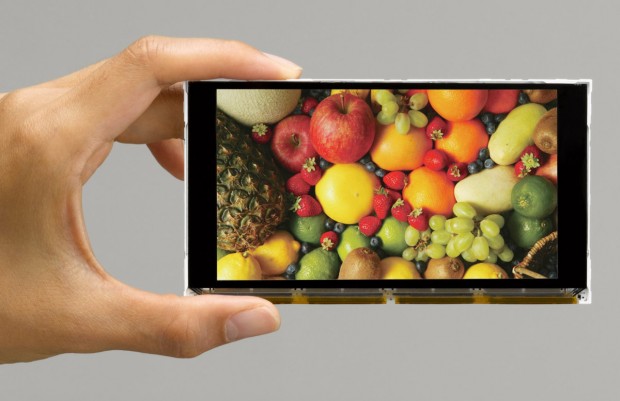 Hey there, dear readers! Take a good look at the picture shown above. Apparently, this could be the smallest full HD display that’s ever been developed. It’s the result of a collaborative project called ORTUS, which Casio and Toppan Printing had done earlier in the year. They call this little display, the HAST (Hyper Amorphous Silicon TFT) and it’s packing a 4.8-inch display, 1,920?1,080 resolution and a pixel density of 458ppi.

Furthermore, it also sports 16.8 million colors and 160 degree viewing angle. According to ORTUS, one possible use for the HAST is high performance security monitoring. In comparison, the Retina Display from Apple’s iPhone 4 is measured at 3.5 inches and has only 960?640 resolution and a pixel density of 326ppi. So, Casio and Toppan Printing have created a small display with better features that’s only slightly bigger.