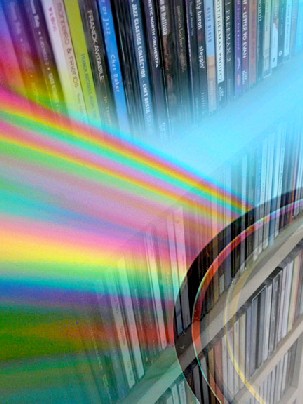 Before I grabbed my wife’s aging Powerbook, complete with Norwegian keyboard that I struggle to understand, and settled down to write, I first put on a record, followed by another, and then another. Of course when I say record, I mean a good, old-fashioned LP and not a shiny, silver digital disc. I chose vinyl over the more convenient CD because it’s what I fancied listening to. I like the covers, I love the sound, and I adore the way it looks, spinning away on whatever turntable happens to be around. 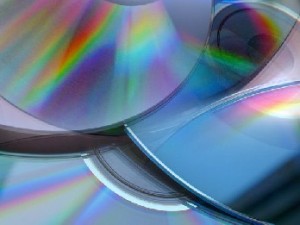 I say I love the sound, but that’s not entirely true. I sometimes love the sound, but it very much depends on the piece of vinyl I happen to have pulled from the shelf, after the customary twenty minutes of indecision I go through when I want to listen to some music. I’ve been lucky today so far in that my fingers eventually alighted upon John McLaughlin’s Belo Horizonte, Keith Jarrett’s Standards Vol 2, and now The Carpenters Voice of the Heart, and what a voice that girl had. It’s hard to believe that she’s been gone for 24 years. But to get back to the point I was trying to make, choose the wrong pressing and you’d wonder what all of this fuss was about. It might be a sharp, piercing shriek that would deafen a bat in seconds, or a thick, muffled effort, which may or may not have musical value but certainly could have been recorded in a hall halffilled with cotton wool. Who in their right minds would spend more than a few dollars, pounds or euros to endure that kind of experience? You might as well buy a white label DVD player for very little or even less, plug it in, and play that Greatest Hits of the 70’s compilation you bought for a dime because it reminded you of your lost youth. Or perhaps that’s just me. 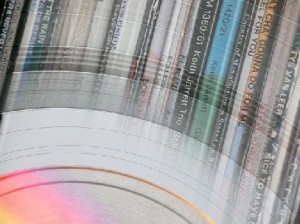 Why do we bother with vinyl? I happily confess that I love CD’s. They may not give us ‘perfect sound forever’, as promised by Philips in the early days of the medium, but they sure do a pretty good job for the most part. You don’t need to break the bank to buy a decent machine, you can add an external DAC or tube buffer if you feel the need, and there’s no stylus to worry about or break. Granted, we’re warned that the laser may toddle off to meet its maker eventually, but touch wood that’s never happened to me. And there’s the suggestion that, one day when we have our gaze averted, shelves of CD’s will dissolve into a plastic puddle or burst into flames, leaving our lives so much the poorer for the loss of our beloved music collection. But until that hour they offer a great deal in a reasonable package. Apart, that is, from the dreaded jewel case, which was invented by a demon with a strange sense of humour. They are made to break, and designed to lose each and every one of the tiny clips that hold the disc in place, so that when you open the thing the precious contents crash to the floor. These plastic monstrosities should be locked away with cardboard milk cartons and every episode of The Colby’s, never to see the light of day again! Sorry, I get carried away occasionally. 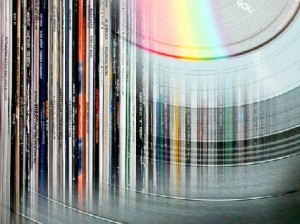 We listen to music in a multitude of ways. I was brought up with a radio always humming away in the background, and am still in love with Bakelite and glowing tubes. For the last year or two, since we connected to broadband, I’ve fallen for internet radio , especially radioio.com and New Jersey’s WBGO.com, which has led to me spending a great deal of money on albums by artists I’ve discovered through these stations. God bless ‘em! (She who must be obeyed does not agree.) I still have a lovely old Cambridge cassette deck and several boxes of tapes, which I rummage around in every so often to find some recording I’d almost completely forgotten about. Then there’s my iPod, semiloaded with lossless recordings of flavour of the month albums, and plugged into a tiny eBay purchased cMoy amp. It’s used mainly for long journeys home to the UK, and sometimes to get me through rush hour U-Bahn journeys, and I’m very fond of it. We have a CD player in the car, although the engine of an MG does it’s best to drown all other sounds with it’s crunching growl…I like that noise too! The point is it really doesn’t matter how we listen, or how the quality varies, as long as it gets us through the day. On the other hand, if I decide I want to listen seriously to my music, it’s down to digital or analogue discs, silver or black circles of plastic whirring or turning to my order. And at this precise moment it’s Gary Burton’s Reunion, another very good GRP vinyl recording. But it could have equally been Pat Metheny and Michael Franks on CD, or Claire Martin on SACD. By the way, if you haven’t heard Claire, do yourself a favour and find a store that sells the Linn label. 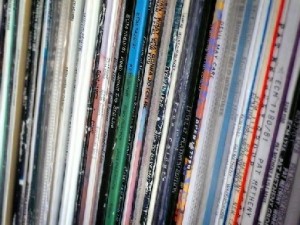 Although it’s true that most early CD machines did little to enhance our listening pleasure with their thin, lifeless digital sound, their ancestors are actually rather good, and they don’t have to be expensive. As for the discs themselves, they have so much going for them, from sound to storage. They don’t often click and pop, which even premium 200 gram slabs of vinyl are prone to, and whilst they are far from indestructible, they are easy to handle and don’t take up too many acres in your lounge. If you’ve ever moved house with an LP collection in tow, you’re either having endless nightmares about collapsing cartons, or still receiving medical care for the back problems caused by carrying the collected works of Shostakovich up 14 flights of stairs.

And then we come to how and where you buy your music, whether it’s on plastic, vinyl, or even shellac. Whilst I still visit the numerous good, and not so good, second hand record stores in Austria and Norway, and occasionally find a hidden gem that lightens both heart and wallet, I now do most of my music purchasing on the net. Buying a CD, whether used or new, is simple and easy via your PC, and possible from all corners of the known world. Whether you try amazon, secondspin or one of the numerous specialist retailers, you can almost always find a good deal. Whadya mean you haven’t tried them? Throw that teenager off the computer and get that search engine tuned to music. Just don’t tell the significant other, and please don’t blame me if your bank account spirals ever downwards. 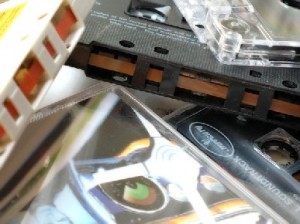 So, after my valiant defence of the CD, why do I still buy and, more importantly, listen to LP’s? Frankly, my dear, I haven’t a clue. By the way, I’m now listening to the first Rikkie Lee Jones album and it sounds very fine. Hey, maybe that’s the reason, it all comes back to sound. There’s something about good vinyl recordings, a sense of space and life, which even the best CD sound can’t quite reach. Until, that is, you can afford to spend the price of a small, fast car on a state of the art three-box player, and then attach it to your system with cables dripping in gold and blessed by a Norse god. Or so we are led to believe. Even quite cheap turntables, new or pre-owned, can give you a fun listening experience that is quite surprising to the jaded ear, and there are millions of old LP’s looking for somewhere to live out there. So, do yourself a favour, visit the nearest yard sale or charity store and re-home a few records today. Give the guys and gals in black another chance. Just don’t give up on your CD’s quite yet. Whisper it gently, but compact discs have come of age.